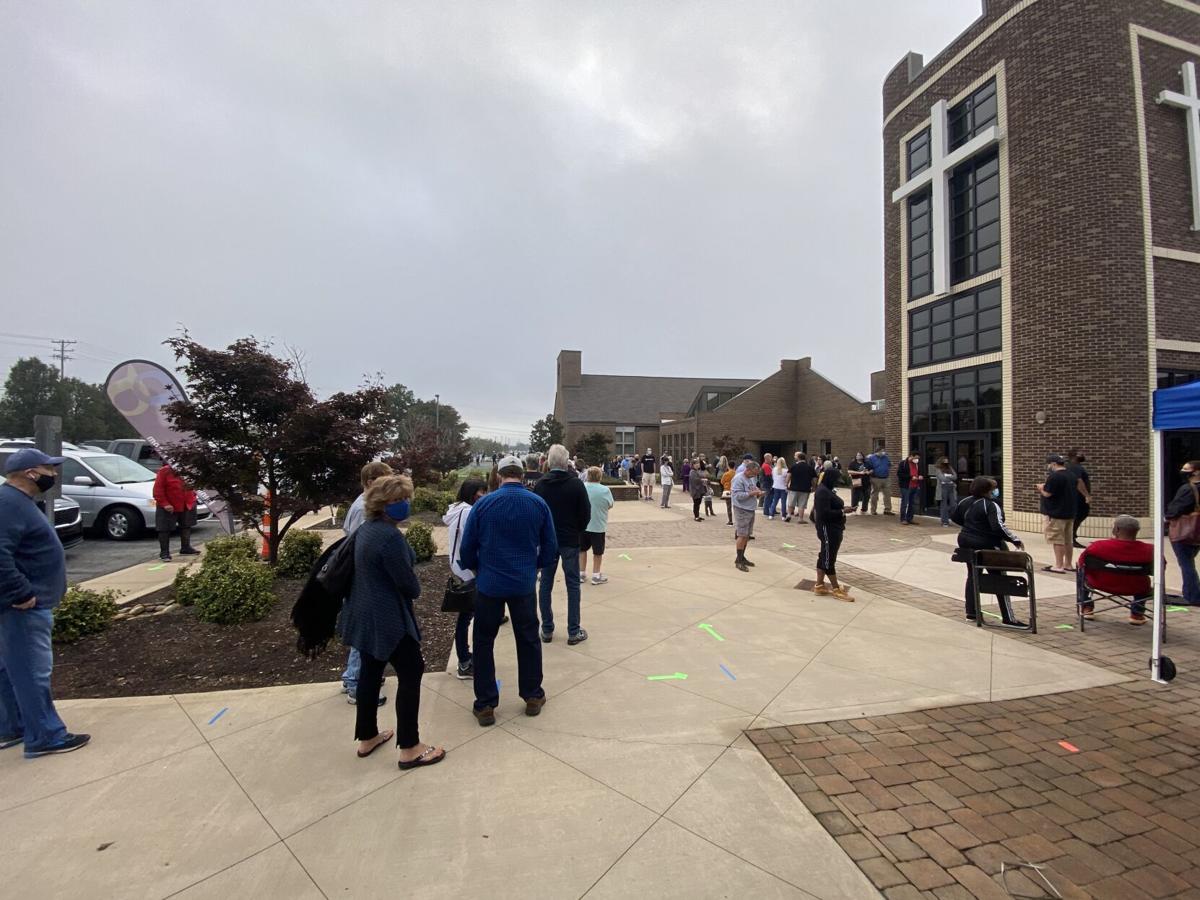 Mooresville residents waited for over an hour to vote on Thursday morning. 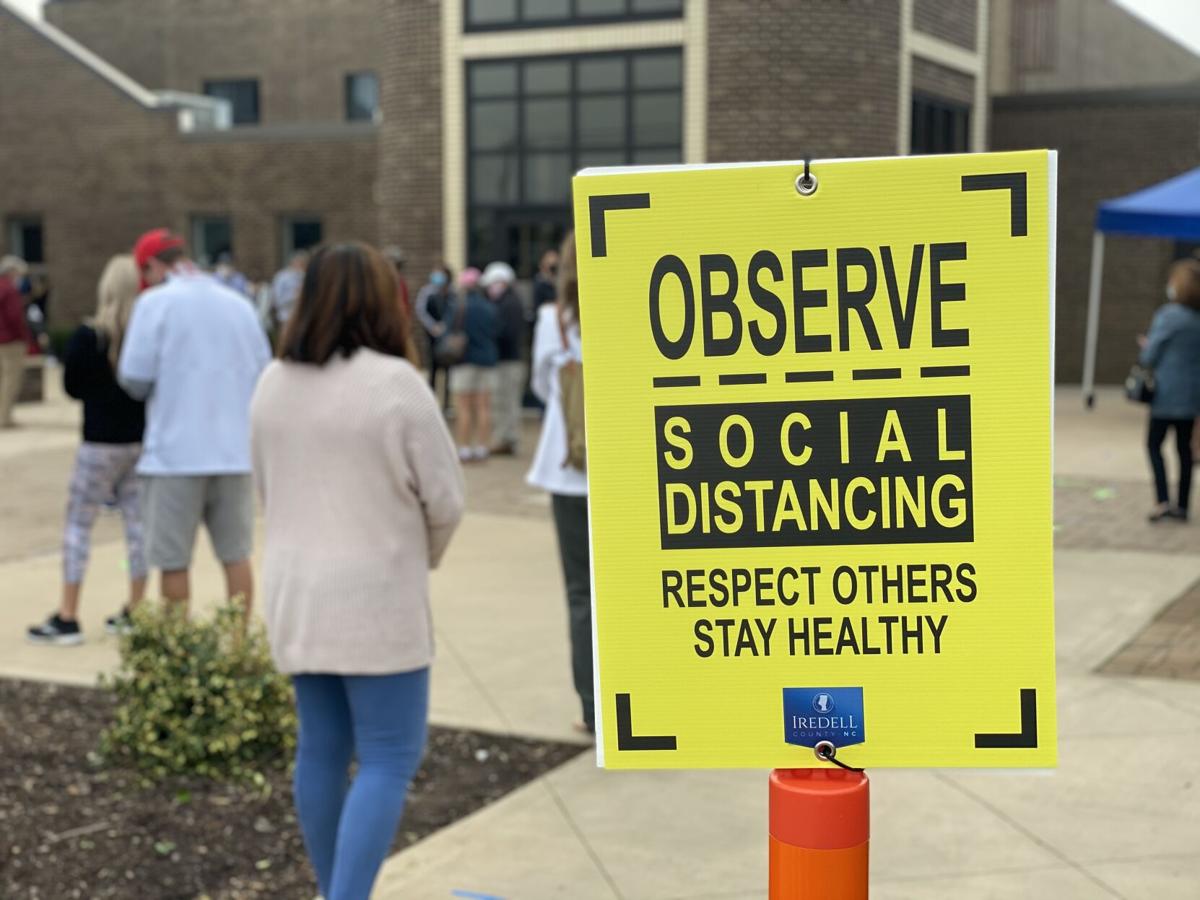 The line at Peninsula Baptist Church in Mooresville began forming before the volunteer staff even arrived at 7 a.m. on Thursday, and by the time the polls opened an hour later, it had snaked through the courtyard of the church and out to the end of the sidewalk.

“We had 86 (socially distant) hash marks taped on to the ground,” David, an election volunteer said. “They were all the way out at the 86th mark when we opened.”

Polling places all over Iredell County opened for early voting on Thursday morning, allowing residents to cast their ballot for the 2020 election.

Some voters brought books to pass the time, others stayed glued to their phones as they made their way to the front. A handful of people even brought folding chairs so they could relax while they waited.

Of the six early voting locations in Iredell, Peninsula Baptist seemed to be the hardest hit, with wait times reaching over an hour for those that did not get there before the doors opened at 8 a.m.

Volunteers spent upwards of four hours on Wednesday preparing the church for the socially distant voting, setting up well-spaced voting booths, building clear barriers to protect poll workers and marking off the proper distance people should remain from each other while waiting in line.

Those in line were grateful, however, stating that they were much happier to have the “short” hour-long wait time as opposed to the 5-plus hour waits they have seen on the news in recent nights.

Based on reports, the longest people were waiting roughly 85 min from the far end of the line to the doors of the church.

As for the other locations in Mooresville, the line at the War Memorial spanned most of the length of the front of the building, from the gym doors out into the parking lot while the line at the old Mount Mourne School was much shorter with only a dozen or so people waiting outside the school.

Early voting will continue through October 31 with weekday hours of 8 a.m. to 7:30 p.m. The polling places will also be open from 8 a.m. to 6 p.m. on Saturday while being closed on Sundays.

Iredell Board of Elections braces for 'heavy' early voting turnout

Across the country, election boards and polling sites are preparing for what they expect to be record voter turnout for the 2020 election. Ire…

Mooresville residents waited for over an hour to vote on Thursday morning.