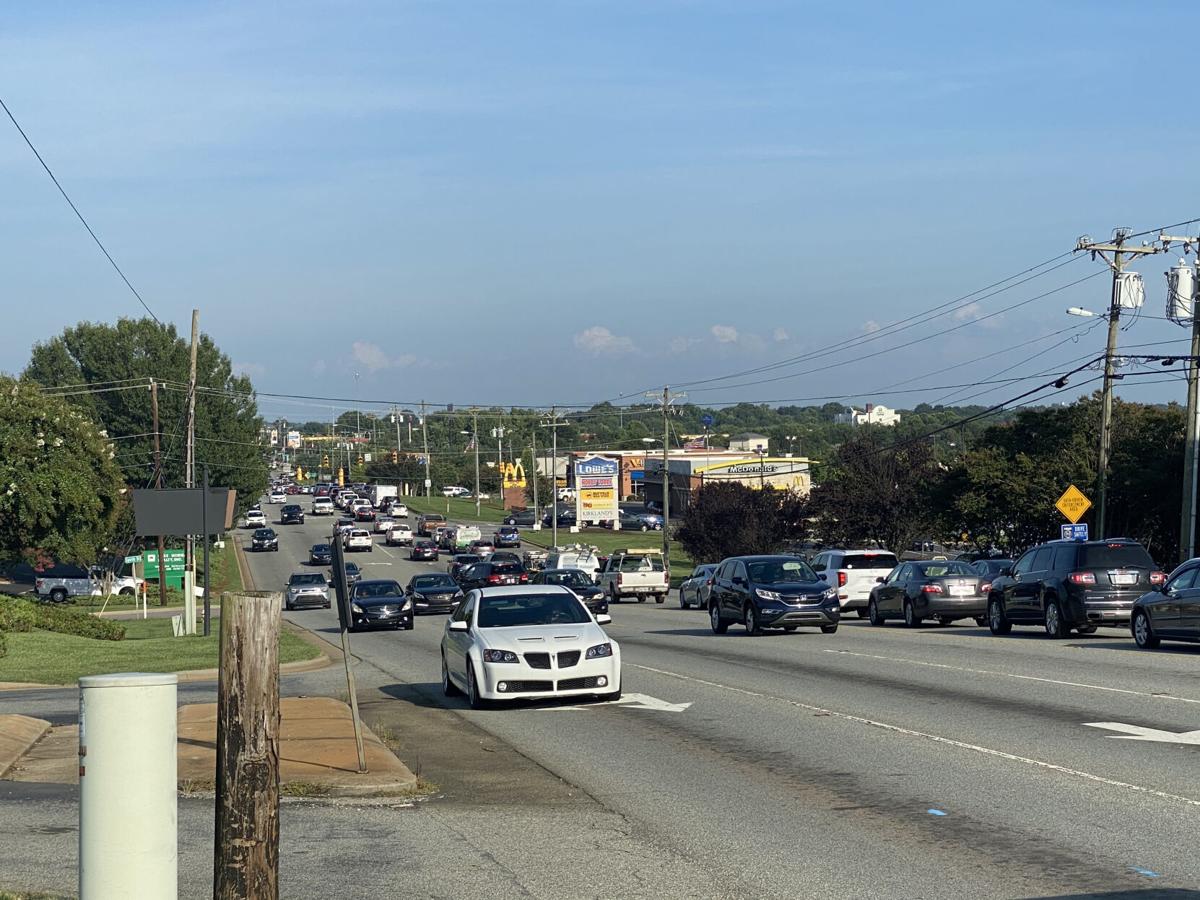 Traffic congestion is a daily occurrence on NC 150 in Mooresville. 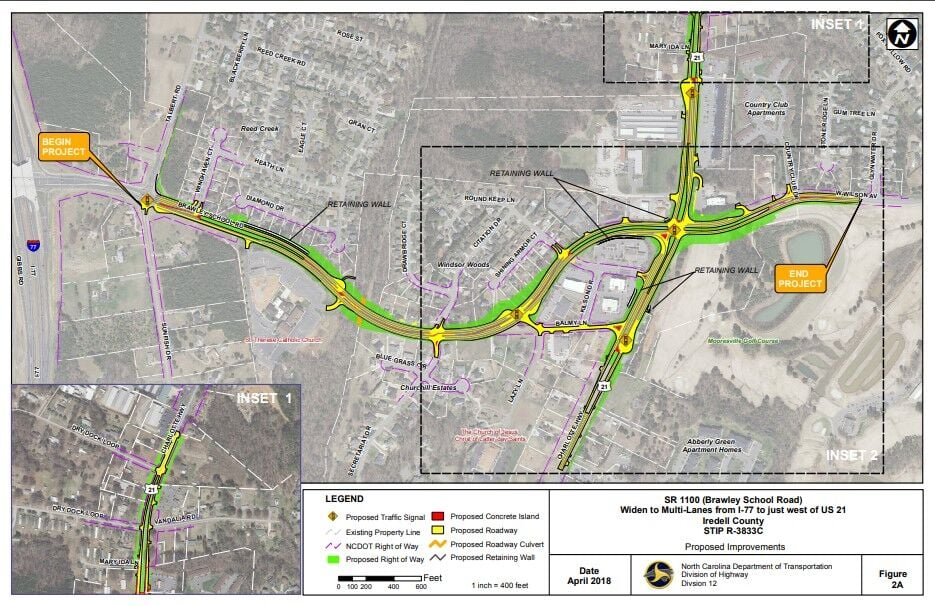 This shows the planned design of road improvements.

This map represents a potential connector from US 21 to NC 150.

Anyone that lives, works or commutes in Mooresville can attest to how bad the traffic can get at any time. In recent years, those same people have heard and read about the planned fixes that were coming to alleviate some of the ever-present congestion that exists on the busiest roads in the town.

Well now, it seems, they will have to wait a few more years to get that relief.

The North Carolina Department of Transportation has confirmed that the projects to widen N.C. 150, Williamson Road, and Brawley School Road have all been pushed back at least three years, slated to begin no earlier than 2023.

“The continued delay is frustrating to us all,” Lisa Qualls, mayor pro tem, said. “Once again, the residents of and visitors to Mooresville are left with continued traffic frustrations.”

First mentioned by Iredell County Board of Commissioners Chairman James Mallory during the Sept. 1 meeting, multiple sources have now confirmed that due to a budget shortfall at the NCDOT, in part caused by the lack of travel during the COVID-19 pandemic, the start of the project to widen N.C. 150 will likely be delayed to the latter half of 2023 at the earliest.

“The NCDOT has seen significant impacts to its revenues ranging from severe weather events to COVID,” Mooresville transportation planner Erika Martin said. “Over the past several months the NCDOT has been working to balance the State Transportation Improvement Program (STIP) to meet federal requirements and update project schedules.

“While the Town of Mooresville is disappointed by numerous and ongoing delays that have affected most of our projects, NCDOT has indicated that the Highway 150 project remains a top priority for our region.”

The NCDOT first reported that there would be a shortfall totaling $300 million for the fiscal year 2019 that ended in June with even more shortfalls expected in the 2020 fiscal year that started July 1.

This shortfall also comes on the back of a reported $742 million in budget overspending by NCDOT in 2019. According to an audit of the department of transportation, the overspend was caused because of the “Chief Engineer’s Office not monitoring or enforcing the highway division’s compliance with the spending plan.”

“The N.C. 150 widening project has been in the works for years,” Sen. Vickie Sawyer said in a news release Wednesday. “Many businesses along N.C. 150 were forced to move during the acquisition phase of the project to prepare for the road widening and now remain empty because of continued delays.”

Planning for the widening of N.C. 150 began in 2018 with land acquisition and was paused earlier this year when the state of emergency was declared for the pandemic.

According to the Charlotte Regional Transportation Project Organization (CRTPO), the NCDOT had acquired 205 parcels of land along the highway for the project with 60 more outstanding when the project was suspended.

However, even with all of the planned delays that have been proposed in recent weeks, there is a sliver of hope that the projects could begin sooner. According to Martin, the N.C. State treasurer can authorize the sale of $700 million in BUILD NC bonds this fall. If this happens, the NCDOT could resume acquiring the property, and once that’s finished, they could begin utility relocation on NC 150. But even then, Miller states there is no realistic way to begin construction this year.

“The recommended construction year of 2023 is disappointing, but more practical,” she said.

If the bonds are not authorized this fall, the plans as they are currently laid out would have to be further evaluated, potentially leading to more delays.

All four of the Mooresville road projects are projected to cost the state a combined total of $327.8 million with the N.C. 150 project making up a projected $267.4 million of that. NCDOT also anticipates that the N.C. 150 project will take three years to complete, meaning it will likely be late 2026 before the construction is finished.

Other projects, such as a new interchange at Cornelius Road, the new Exit 38, were also by the new proposals with construction getting pushed back from 2025 to 2028.

But projects like that pale in comparison to the importance of traffic relief on N.C. 150 to a majority of Mooresville residents, especially as many of them see the multitude of new housing developments and apartment complexes being built along the 150 corridor.

“Traffic is getting worse and constituents see no relief in sight,” Sawyer said. “It is extremely frustrating that NCDOT’s gross overspending habits within their own budget have created further delays to the project.”

Traffic congestion is a daily occurrence on NC 150 in Mooresville.

This shows the planned design of road improvements.

This map represents a potential connector from US 21 to NC 150.