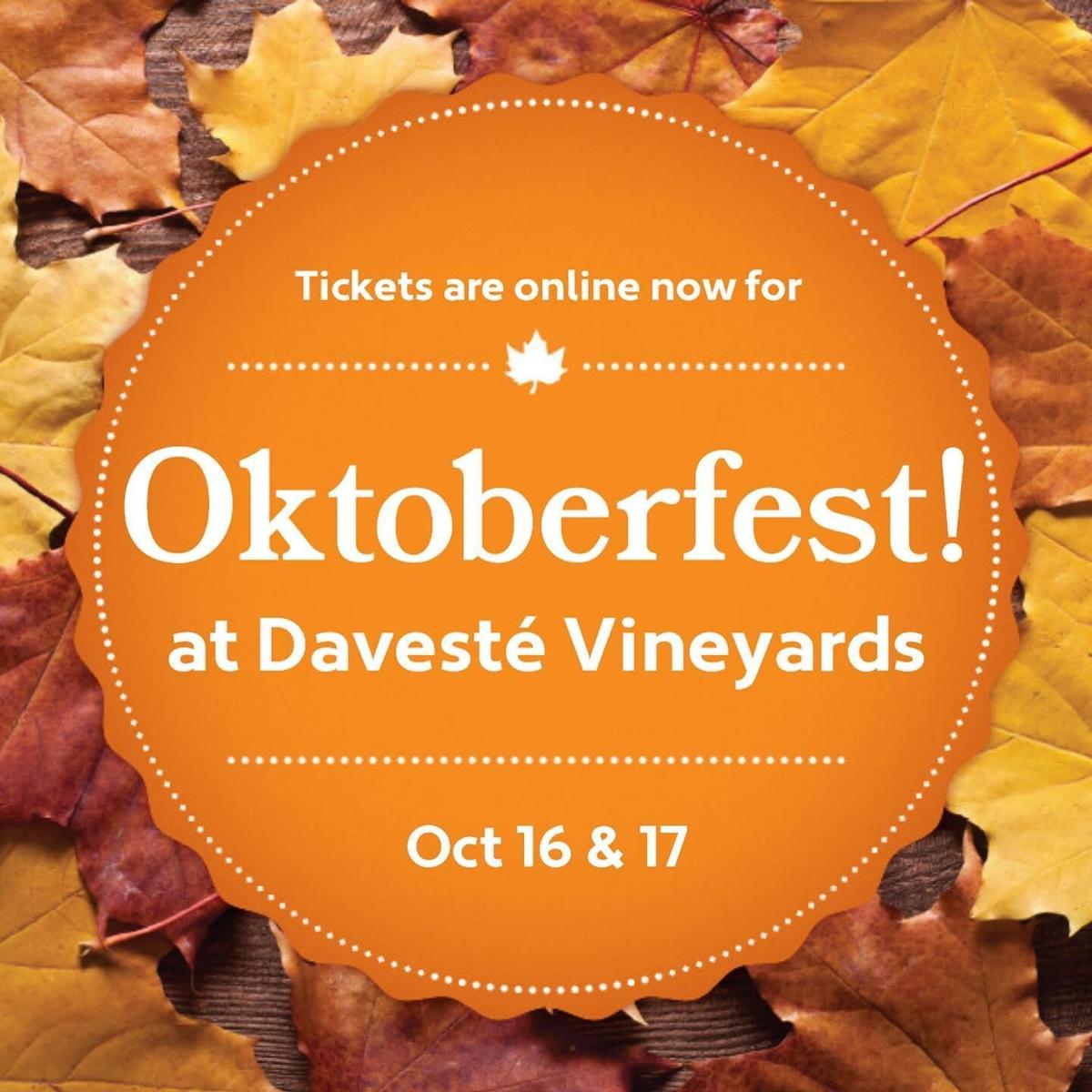 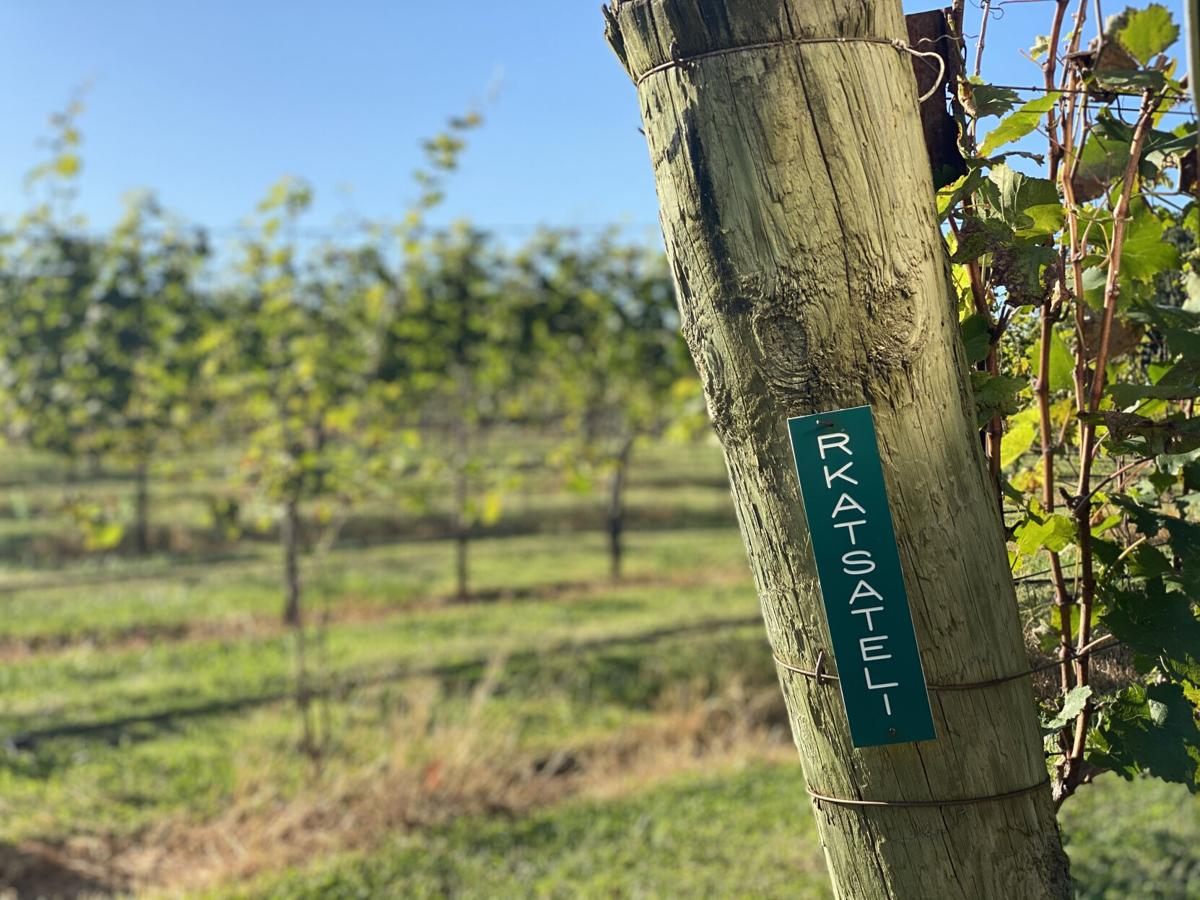 Davesté Vineyard’s pride-and-joy, claim-to-fame wine is a Rkatsiteli white wine. The Rkatsiteli grape originates from eastern Europe and is not commonly grown in the United States. Davesté was the first vineyard to plant it in North Carolina. 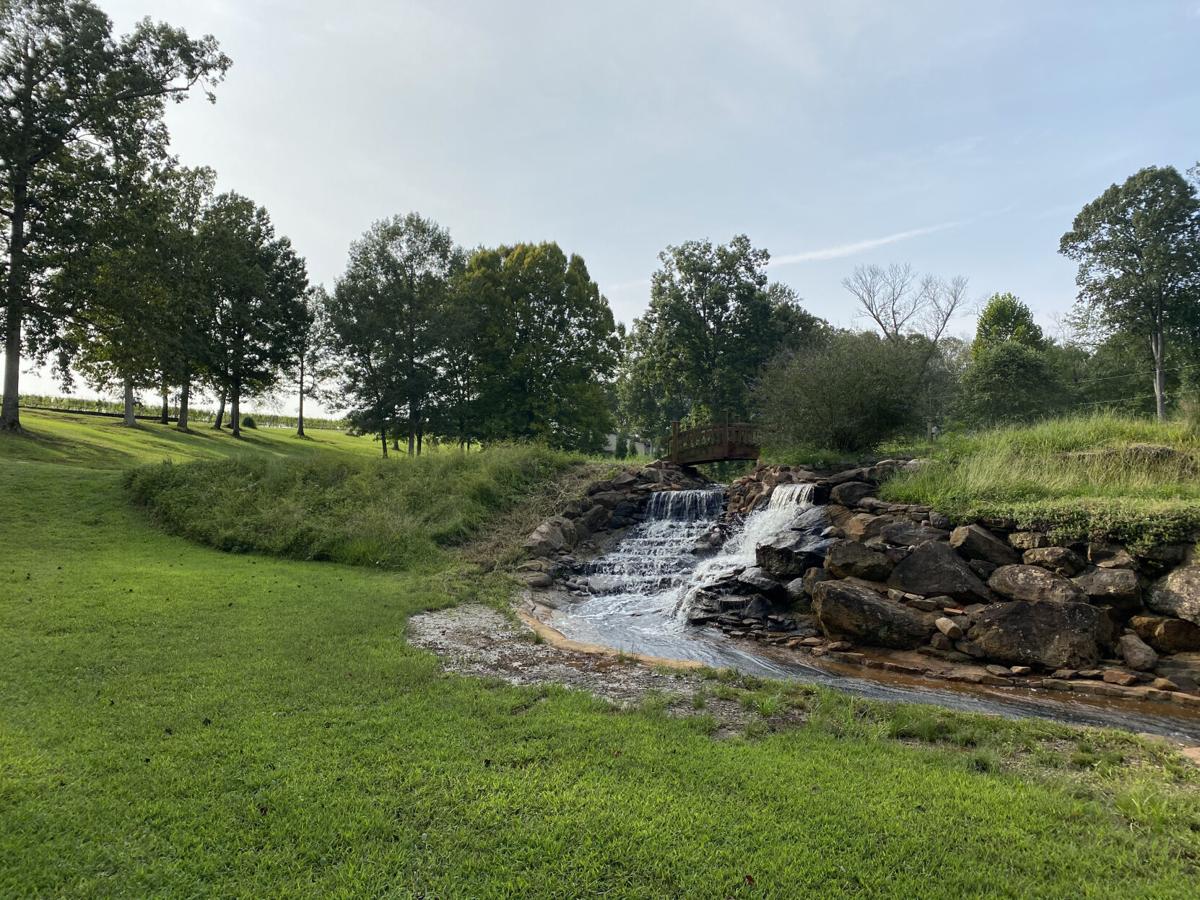 Davesté Vineyard, tucked away on Lytton Farm Road in Troutman, has a pond and a small, peaceful waterfall.

As summer turns to fall at a vineyard, the vines in the field lay bare, waiting to bear their fruit again in the spring, but the wine production continues on and Davesté Vineyard of Troutman introduced the first of its two newest offerings in October, just in time for their first ever Oktoberfest celebration.

But it wasn’t only the winemaker who has been busy creating something new, the brewmaster is also ready to debut a new Oktoberfest beer at the celebration, set to take place at the vineyard on Oct. 16 and 17.

“So many people don’t know that we brew beer here,” Caroline Carrick, co-owner of Davesté, said. “So we wanted to have a beer festival to let people know that our brewery isn’t a secret and Oktoberfest seemed like the right idea because October is so many people’s favorite month around here.”

The newest wine offering, the Rkatsiteli Reserve, was well received at an event in early October to a small gathering of vineyard regulars. A Cahmbourcin wine, which was also previewed that night, will be aged-in-bottle for a bit longer before being released to the public.

The Rkatsiteli Reserve, along with a new batch of the popular Edelweiss and Dry Riesling, along with a wide selection of their standard selection, will be available during the Oktoberfest Weekend. The Reserve is aged in neutral barrels, which imparts less oak flavoring than other barrels. During the fermentation process, it is also treated more like a red wine than a white wine, which gives the Reserve a smoother taste than even the standard Rkatsiteli, according to winemaker Meg Tipton.

Rkatsiteli is one of the grape varieties that is grown on the Davesté property, so it has become a staple of their wine offering lineup.

As for the new brewery offering, the Oktoberfest brew, the vineyard is equally as excited to unveil that to the world during the celebration weekend.

“We asked the brewmaster to make this specifically for the Oktoberfest Weekend,” Carrick said. “He loves to experiment and we’re especially excited to be able to have it on tap for the event.

“We have always wanted to have a beer festival event here. A lot of people come here with a wine drinker but they, themselves, prefer beer,” she continued. “We just want to have people out here to celebrate the season and the new beer with an Oktoberfest Weekend with a southern twist.”

The Oktoberfest celebration will encompass the entire weekend at the vineyard with a multitude of forms of entertainment outside of sampling the new beer and wine offerings at the vineyard. The live music offerings will range from the standard Oktoberfest sounds of accordions and polka to the southern sounds of country music.

The food will also span that spectrum, ranging from bratwurst and gourmet pretzels to North Carolina barbecue. The event will also feature a candle making class on Saturday and a class on making charcuterie boards Sunday. A variety of local vendors will also be on hand to sell their creations during the event.

“It’s just a beautiful time of year,” Carrick said. “So why not celebrate the great beer, wine, and weather.”

Tickets for the event cost $7 and can be purchased at https://www.Davestevineyards.com/oktoberfest. The price of admission includes a complimentary drink, either beer or wine, for each guest. Kids 12 and under will be free. The festivities will begin at noon on Saturday.

Gregg Richardson of Mooresville tried his luck on a Cash 5 ticket and won last Friday’s $263,948 jackpot.

Davesté Vineyard’s pride-and-joy, claim-to-fame wine is a Rkatsiteli white wine. The Rkatsiteli grape originates from eastern Europe and is not commonly grown in the United States. Davesté was the first vineyard to plant it in North Carolina.

Davesté Vineyard, tucked away on Lytton Farm Road in Troutman, has a pond and a small, peaceful waterfall.