Debate over Statesville Confederate statue heats up as some argue for keeping it; dueling petitions ongoing
View Comments
Share this
Return to homepage × 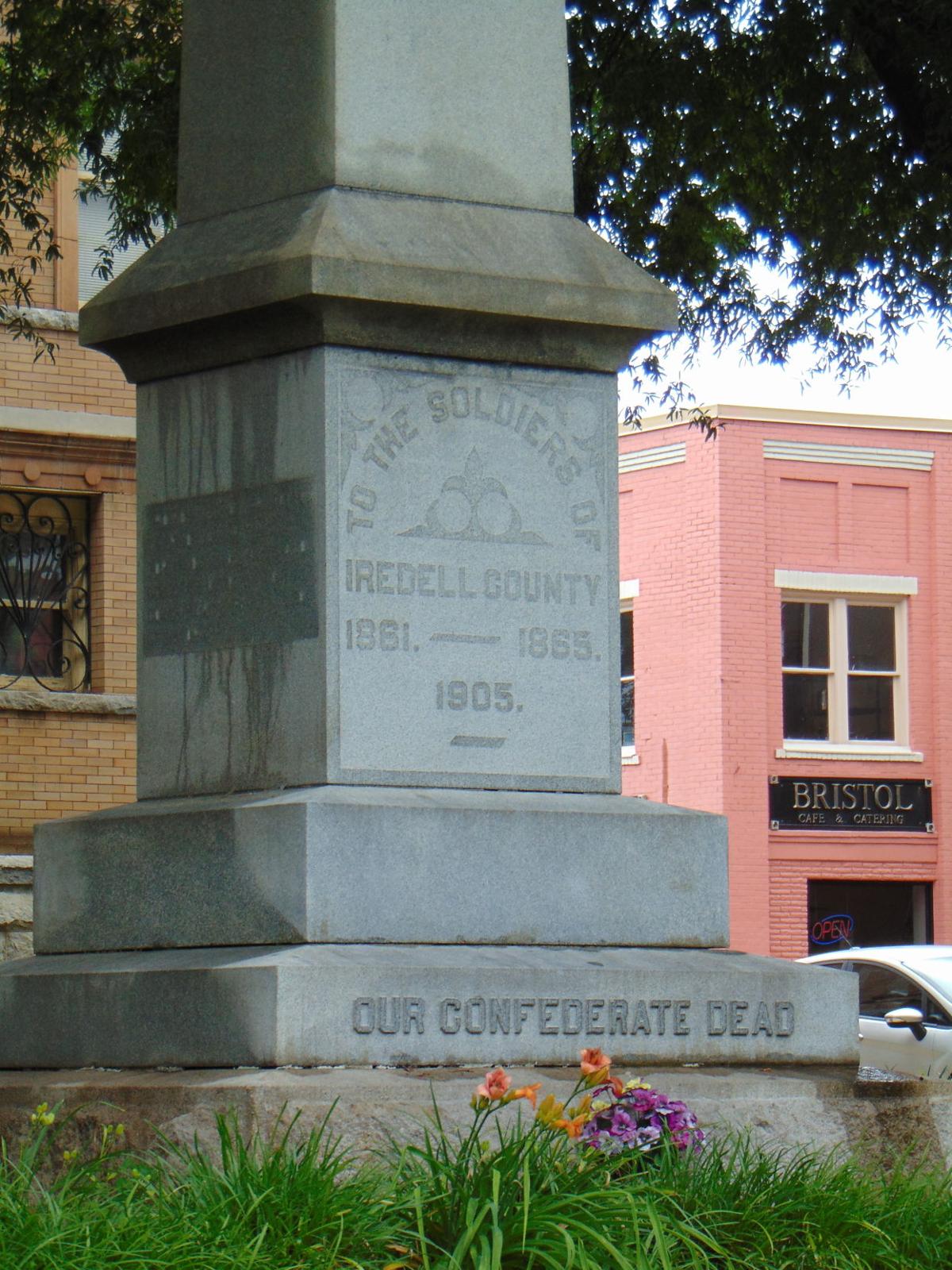 The statue includes a tribute to the lost soldiers. 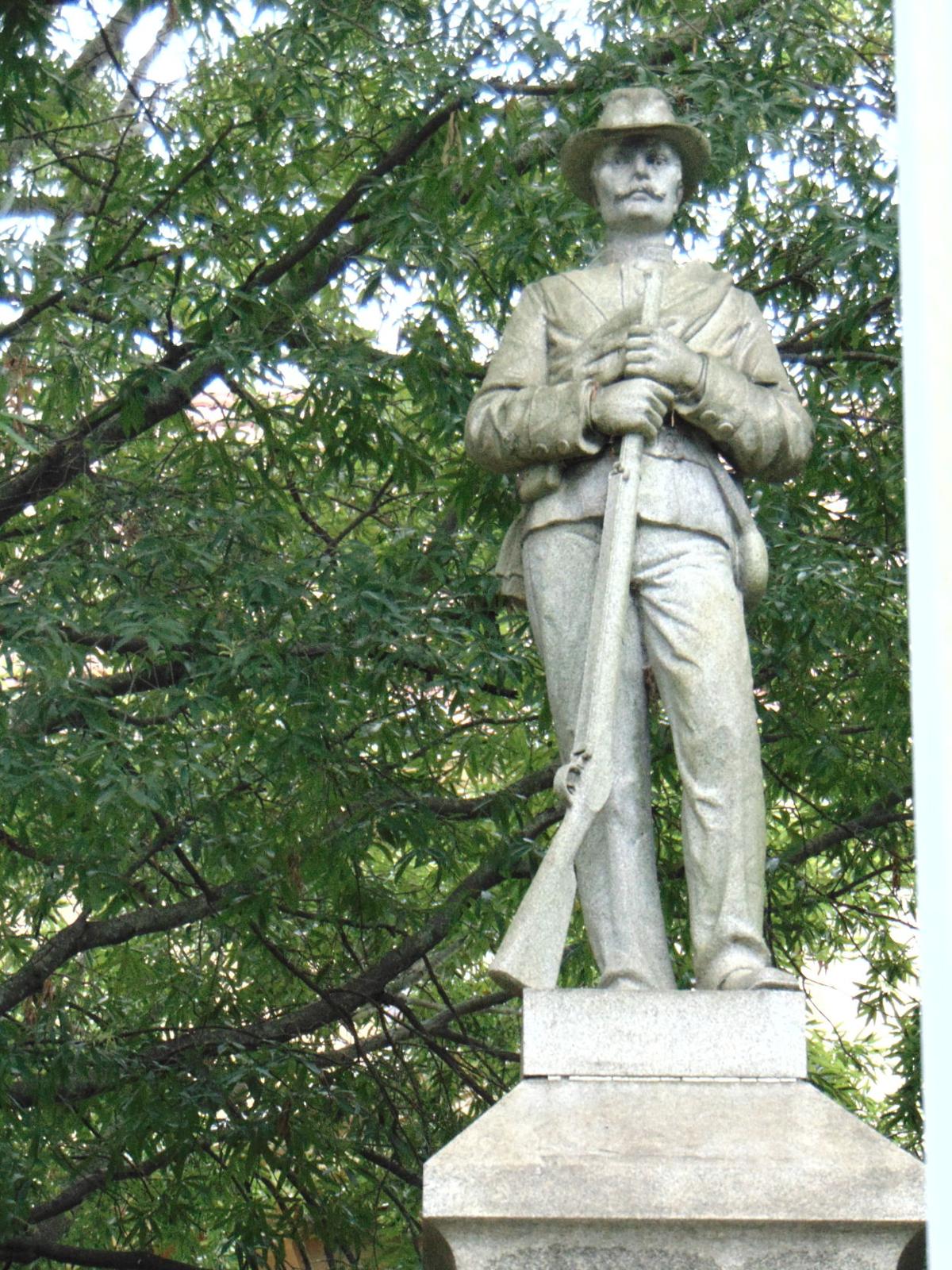 The soldier atop the monument grasps his rifle.

On Tuesday, four speakers publicly requested the Iredell County commissioners remove the Confederate monument in front of the Iredell County Government Center. Discourse has continued online and elsewhere about the issue which was addressed during the public comment section of the twice-monthly meeting.

What should Iredell County do with the Confederate monument downtown?

While no one against removing the monument spoke Tuesday, several county residents have been vocal online, arguing to keep the monument where it is.

As of Friday, a poll the Record & Landmark posted online found 54.9% of people wanted to keep the monument where it was while 40.3% wanted to remove it entirely and 4.8% wanted to relocate it.

Michael Oaks called the Record & Landmark Thursday after reading about the commissioners’ meeting.

“Is this going to solve the problem?” he asked of potentially moving the monument.

Addressing the argument that there are no statues commemorating the British forces during the American Revolution, Oaks said after the war was won, no one was living in America who wanted to honor the memory of British soldiers. In the American South, there are people who can name ancestors who fought and died when their state called them to.

“The statue belongs to people who put it there 100 years ago,” Oaks said.

In front of the Iredell County Government Center in Statesville, a statue stands of a man holding a rifle in period clothing. It is a monument to Confederate soldiers who died during the Civil War.

She doesn’t support relocating the statue because she thinks people simply want to move it and forget about it. However, she has considered potential sites, including Fourth Creek Burial Ground.

As a lover of history, Anders said she thinks the statue should be preserved. Remembering ancestors who fought for the Confederacy is not the same as condoning slavery or ignoring the racial injustice of the present, she says.

“I completely understand that there is racial injustice in the world. It is not a new subject, however, the removal of the monument only comes up at emotional times such as current protests,” Anders said. “Right now we are in a pandemic, we have had the death of several African American men, people are out of work, they are struggling, I really don’t believe it’s a good time to discuss removing the monument when emotions are running high.”

LangTree LKN has announced the addition of three new tenants that have collectively leased nearly 7,000 square feet of space.

MGSD Board approves return to in-person learning for K-5

To applause and cheers from the audience gathered, the Mooresville Graded School District Board of Education on Wednesday approved Superintend…

MGSD to decide on return

A call concerning a vehicle break-in led to the capture of two Charlotte men, one of which was wanted for first-degree murder in Mecklenburg County.

The following deeds were filed in the Iredell County Register of Deeds office from Sept. 4-12. For more information regarding specific plots o…

A new Our Town Stage concert series, “Gathering on the Green,” will premiere at the Mooresville Golf Club Sept. 25.

The statue includes a tribute to the lost soldiers.

The soldier atop the monument grasps his rifle.