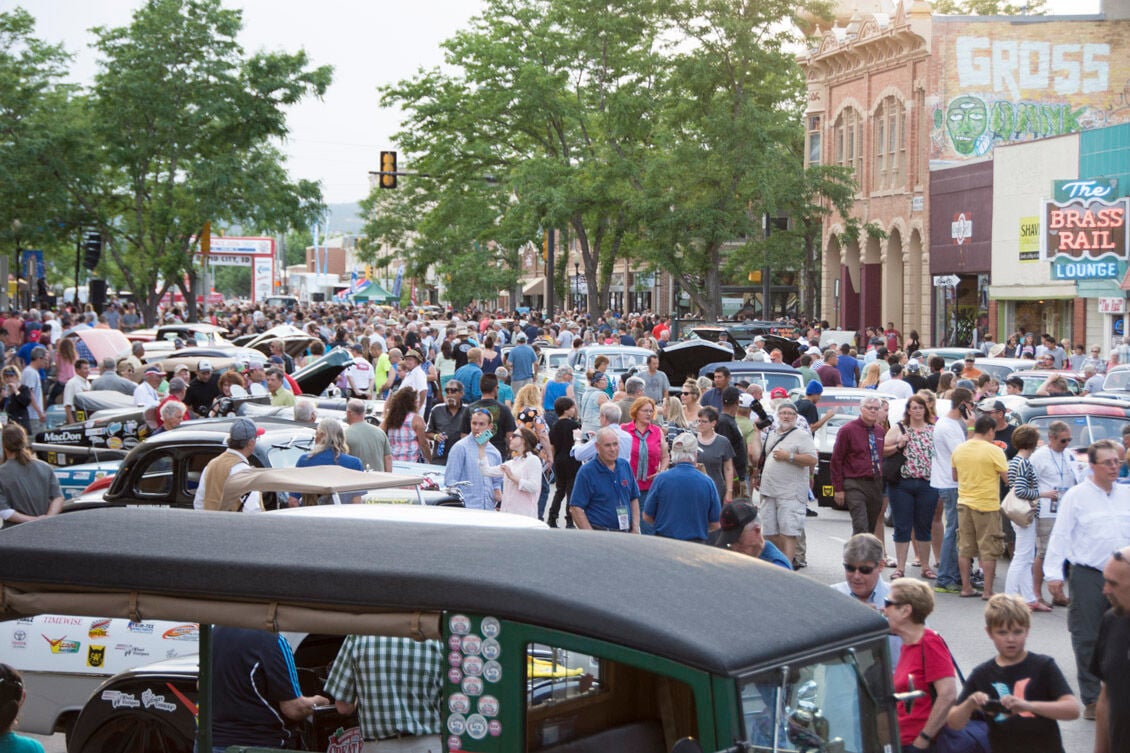 The crowd turned out for the Great Race stop in Rapid City, South Dakota. 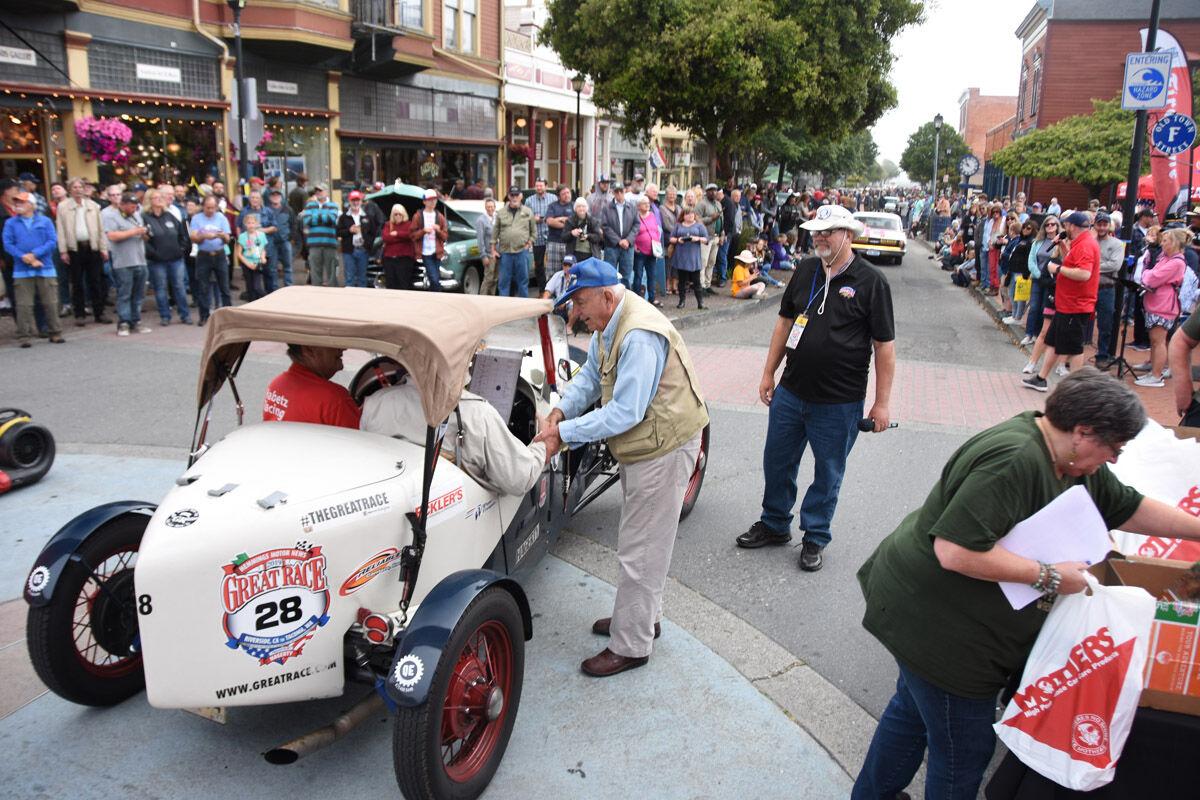 Thousands turned out to greet the Great Race in Eureka, California.

Texas, on June 19, and finish in Greenville, South Carolina, on June 27, race organizers have announced.

The nine-day, 2,300-mile adventure will bring 120 of the world’s finest antique automobiles to 19 cities in Texas, Oklahoma, Missouri, Kentucky, West Virginia, Virginia, North Carolina, and South Carolina with a stopover in Downtown Mooresville on June 26..

“I am very happy that the Great American Race has chosen Mooresville as a stopover on their 2021 tour,” said Don Miller, chairman of the board for the NC Auto Racing Hall of Fame. “I am also truly honored to be allowed to drive the Spirit of Mooresville in the segment from Galax, Virginia to Mooresville to welcome the racers to our great town. Race City USA is known worldwide, hosting these racers is just another opportunity to showcase our town and our hospitality”.

The Great Race, which began 38 years ago, takes its name from the 1965 movie, “The Great Race”, which starred Tony Curtis and Jack Lemmon. It is not a speed race, but a time/speed/distance rally. The vehicles, each with a driver and navigator, are given precise instructions each day that detail every move down to the second. They are scored at secret check points along the way and are penalized one second for each second either early or late. As in golf, the lowest score wins. More than $150,000 will be awarded to top finishers in multiple divisions.

“There are more than 500 people just in our entourage from all around the world”, Jeff Stumb, Great Race director stated. “When the Great Race pulls into a city it becomes an instant festival, during in the last event we had several overnight stops with more than 10,000 spectators on our way to having 250,000 people see the Great Race.”

Mooresville’s Mayor Miles Atkins added, “The Great Race is one of the greatest automotive events of all time and we are excited and honored to be a host site for one of the stops on the rally. We look forward to welcoming all the drivers and their crews to town and having their cars on display in our downtown for everyone to enjoy”

Only cars built in 1974 and earlier are eligible for the event, with most entries having been manufactured before World War II. Each stop on the Great Race is free to the public and spectators will be able to visit with the participants and get a first-hand look at the cars. Race participants are expected to begin arriving in Downtown Mooresville around 5:30 p.m., and the cars will be displayed until 9 p.m. A local car show will also be on display from noon until 4 p.m.

“Downtown Mooresville is very excited to welcome the drivers and their vintage cars to our amazing community. Our historic architecture is the perfect backdrop, and our small businesses look forward to hosting this premier event,” said Hugh Sykes of the Mooresville Downtown Commission and The Great Race

A local car show from noon– 4 p.m. with DJ, music, great restaurants, and beer gardens on the street. The event is free to attend; separate costs for food/drinks. The car show display is limited to 75 VIP parking spots and a $25 registration is required per car. Proceeds will benefit the Dove House Children’s Advocacy Center.

Register your car at: https://dovehousecac.org/event/showtime-hot-rods-family-fun-2/ Displayed cars must vacate spaces by 4 p.m.

The Great Race event will take place from 5 to 9 p.m. with participating cars beginning to arrive at approximately 5:30 p.m.

This unknown detail about Stonehenge might blow your mind

This unknown detail about Stonehenge might blow your mind

New book aims to teach history of US civil rights

New book aims to teach history of US civil rights

The following deeds were filed in the Iredell County Register of Deeds office from June 4-12. For more information regarding specific plots of…

Mooresville board gets first look at skate park design

Four family members have died and a fifth is missing in the accident, which is being called the worst recreational disaster in the county.

The Randolph County District Attorney has ruled an officer-involved shooting last August that left a Mooresville man dead was justified.

FeedNC recently hosted an event providing volunteers, guests and others the opportunity to bid farewell to its head chef Andrew Hughes. A tent…

The crowd turned out for the Great Race stop in Rapid City, South Dakota.

Thousands turned out to greet the Great Race in Eureka, California.