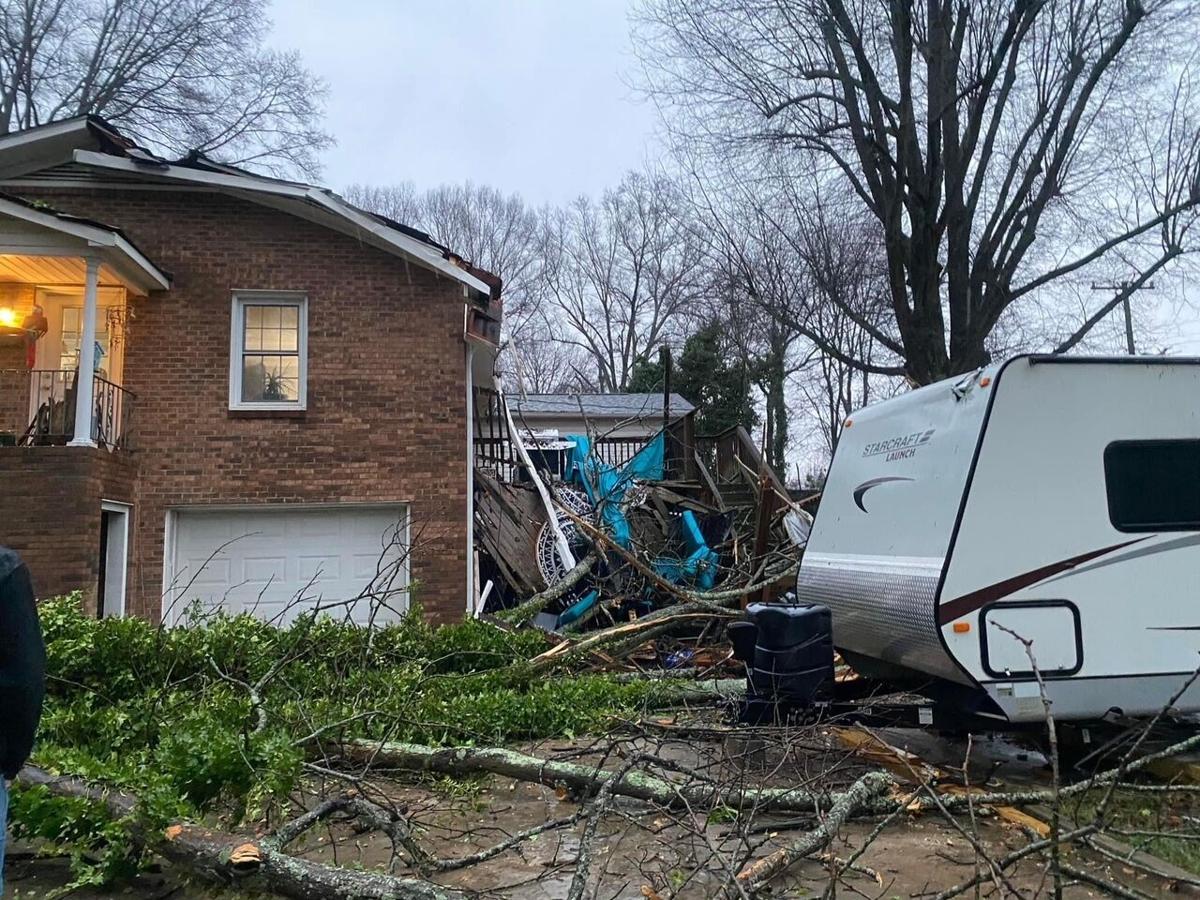 Statesville Record & Landmark A tree destroyed the deck on this home on East Center Avenue in Mooresville on Monday. 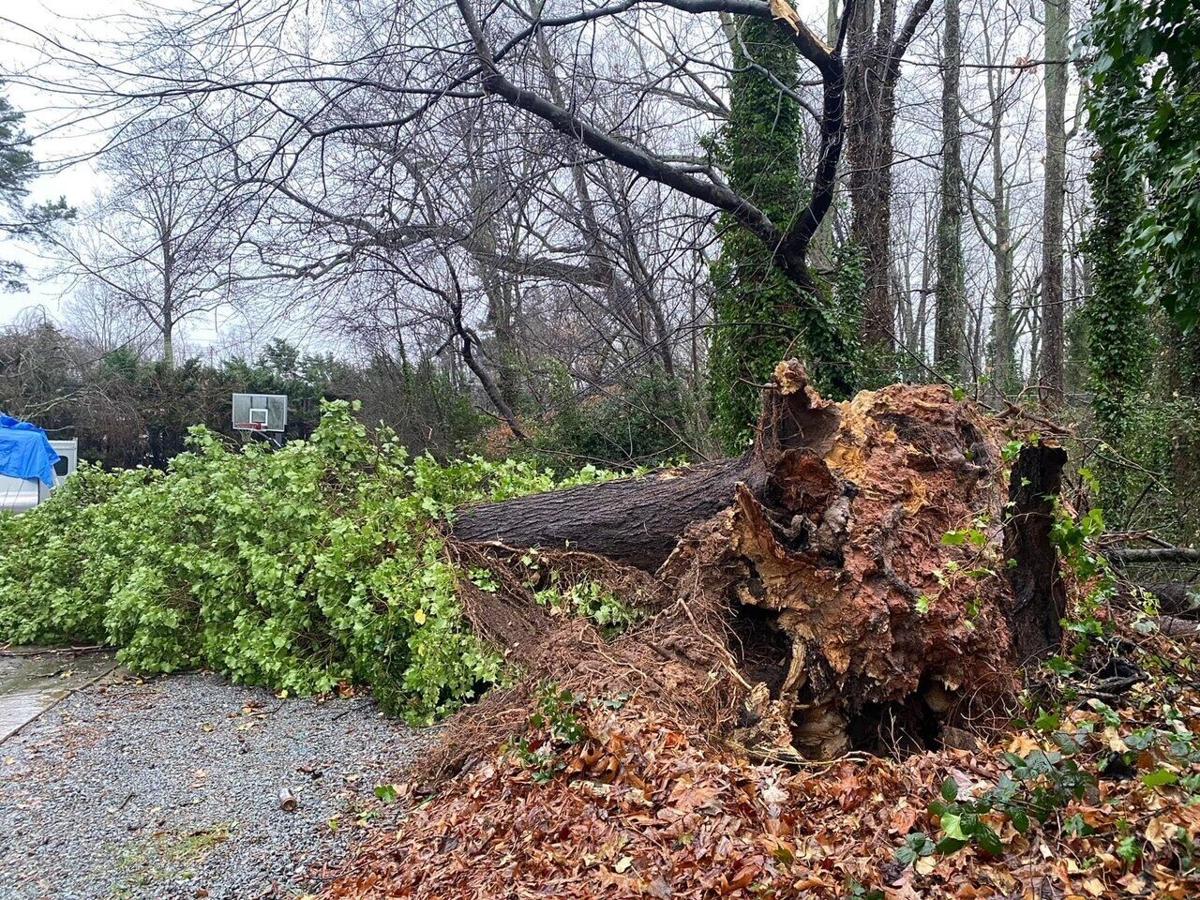 This tree was uprooted during Monday’s storm. 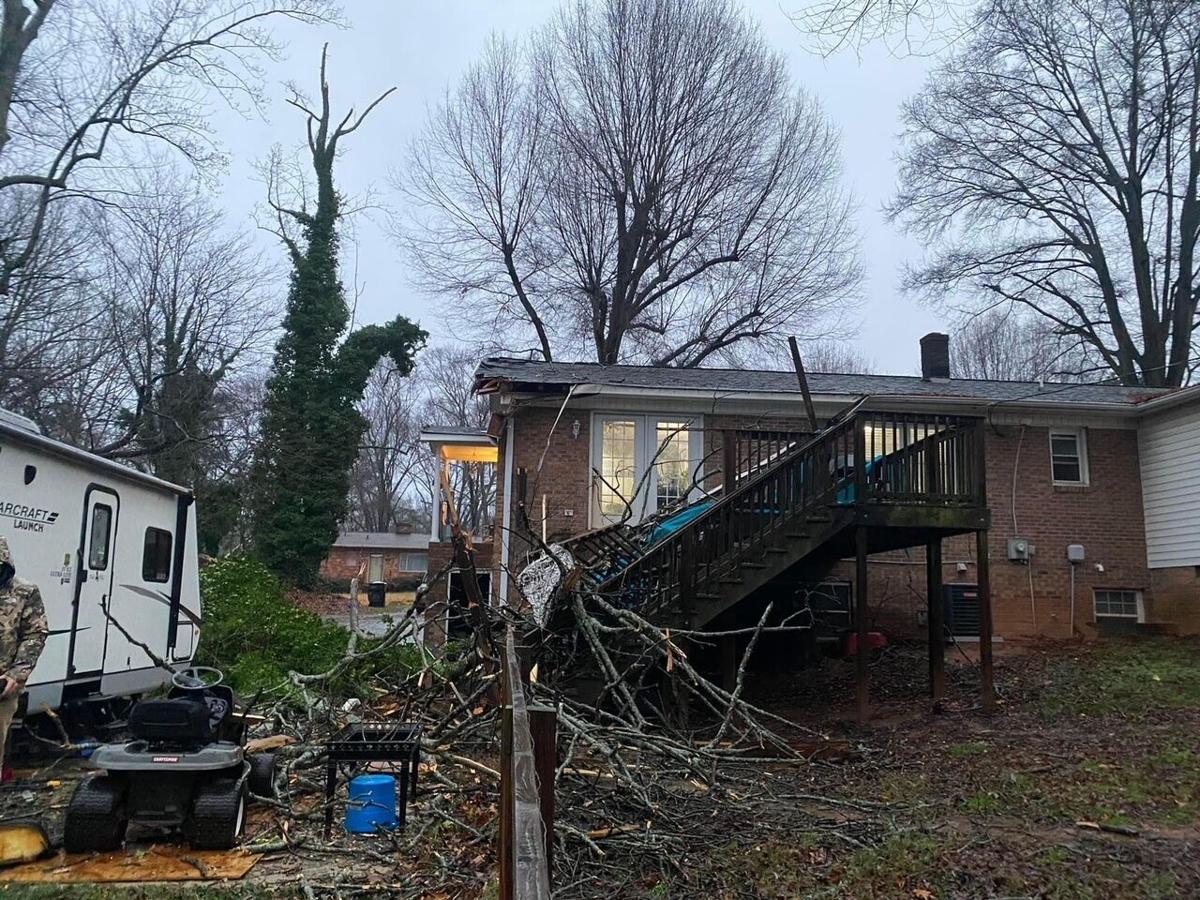 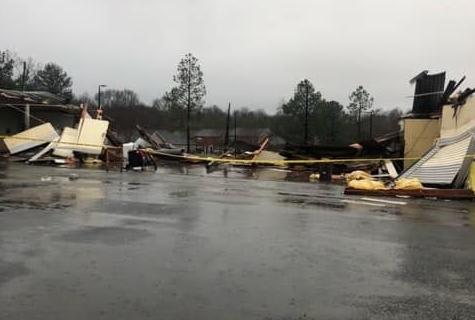 This building in Dyson Square in Mooresville was destroyed during Monday morning’s storm. 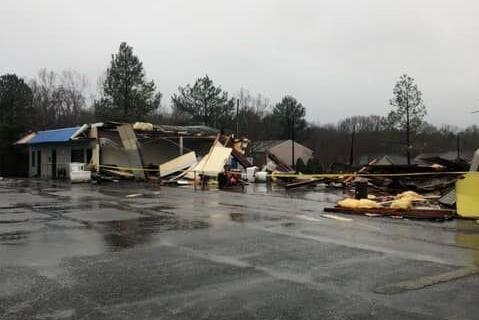 A building in Dyson Square in Mooresville was destroyed during Monday’s storm.

One Mooresville building was heavily damaged after a storm blew through Iredell County early Monday morning with winds gusting around 40 miles per hour.

A storage building in Dyson Square in Mooresville was destroyed and one mobile home had a tree land on it in South Iredell, according to Fire Services & Emergency Management Director Kent Greene. He said there were no injuries reported.

He said at its peak, roughly 8,000 people lost power though that number declined throughout the morning as line crews began their work to repair lines and restore service. As of 11 a.m., 4,427 customers remain without power.

Mooresville Fire-Rescue said it received 32 service calls since 5:15 a.m., according to its Facebook page. It said along with volunteer firefighters in the area, they went about clearing the calls and removing trees from roads.

The worst of the storm was toward the southern part of the county, but in Statesville, two dozen residents lost power after a poll was damaged on Margaret Road and a few homes on East Side Drive lost power when a limb fell on a line, according to Public Affairs Director Nancy Davis.

MOCKSVILLE — A Pennsylvania man is wanted for questioning after a woman was found dead Monday in a room at the Days Inn on Yadkinville Road.

WATCH NOW: One person dies in house fire near Mooresville

Just building a traditional snowman wasn’t enough for J.T. Smith, owner of Lake Norman Muay Thai. With help from his son, Harrison, and a stud…

Snow fell across Southern Iredell County Sunday. Check out these photos of the scenes.

Statesville Record & Landmark A tree destroyed the deck on this home on East Center Avenue in Mooresville on Monday.

This tree was uprooted during Monday’s storm.

This building in Dyson Square in Mooresville was destroyed during Monday morning’s storm.

A building in Dyson Square in Mooresville was destroyed during Monday’s storm.