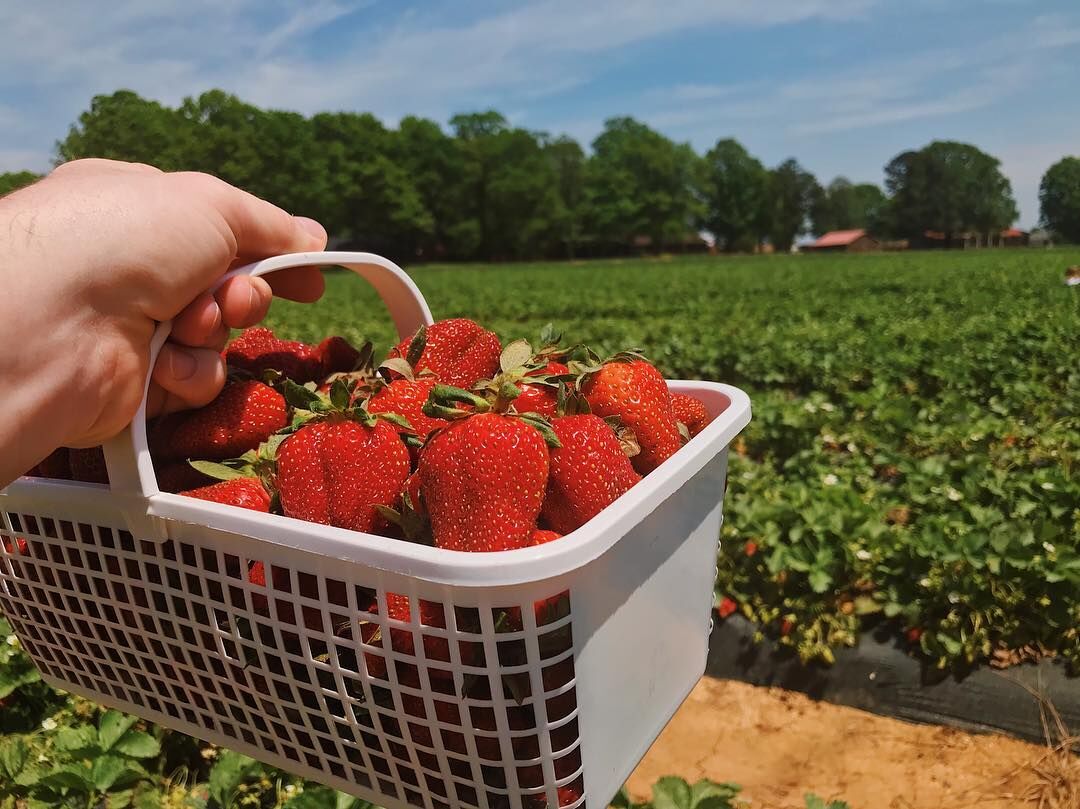 Strawberries are available at Carrigan Farms. 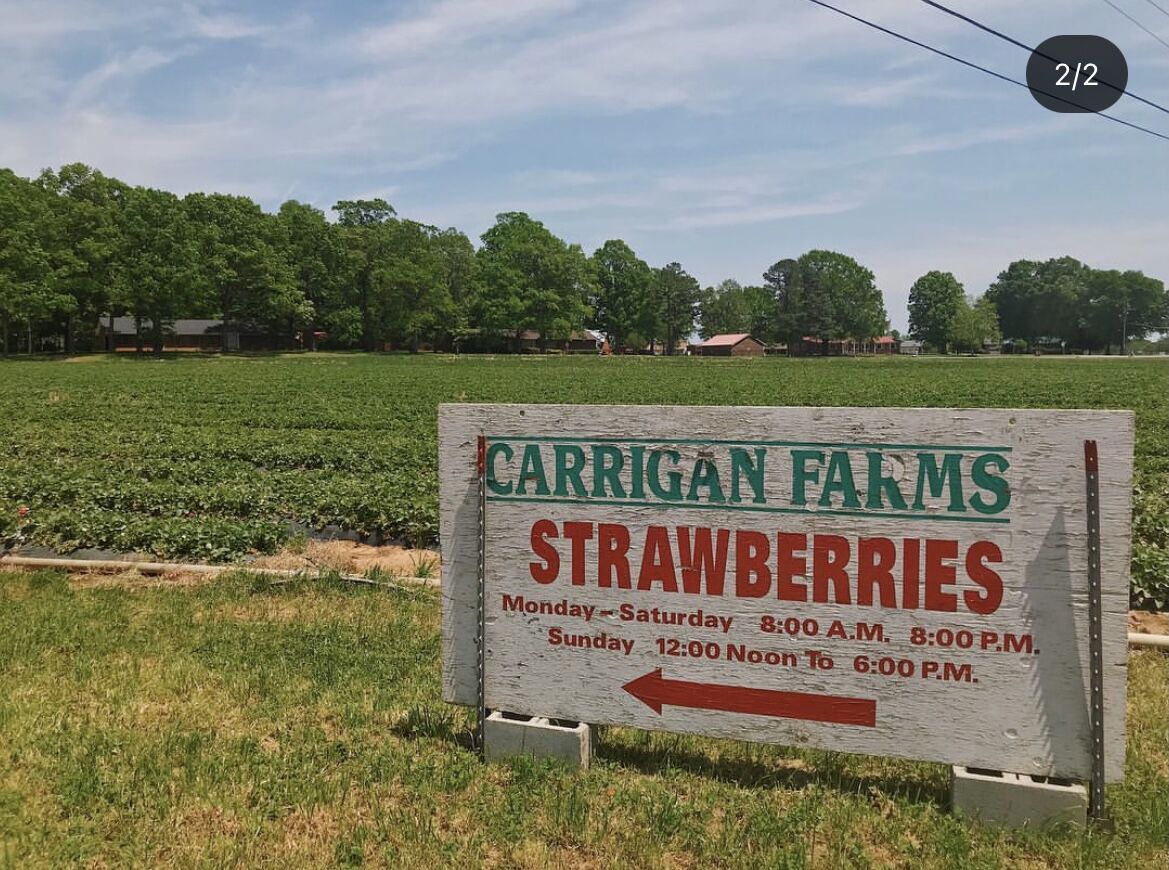 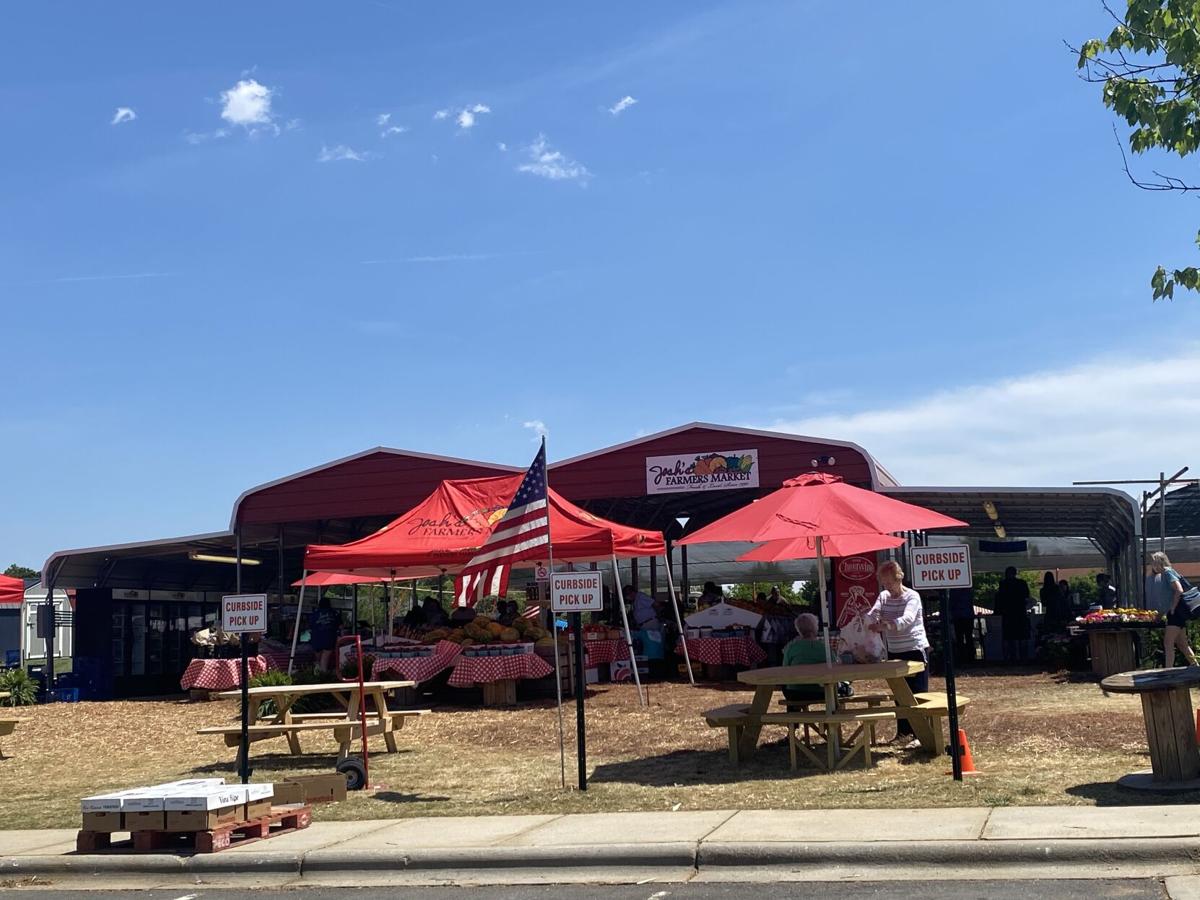 Josh's Farmers Market is open in a new location.

Now more than ever, with the weather warming up as summer quickly approaches, the residents of Mooresville who have been cooped up for the better part of the last year look for things to do that take advantage of the beautiful North Carolinian spring weather.

One of the things that has become synonymous with springtime has been shopping for fresh, locally-grown produce at a local farm or market. Luckily for those who live in Mooresville, there are places to do this on either end of town: Josh’s Farmers Market and Carrigan Farms.

On the west side of town, a local mainstay and favorite, Josh’s Farmers Market reopened in a new, temporary location after being driven out of their previous home of 30 years by the impending road-widening projects planned for Williamson Road.

The move wasn’t easy, though. In fact, as of early March, Josh Graham had yet to secure a location for his farmers market after promising his most loyal customers that they would be opening “somewhere” in April.

“In January, we sort of just unwound and took some time to relax,” he said. “But not having a location was always wearing on me. It really started becoming an issue when I started losing some sleep at night. I knew the clock was ticking.”

Luckily for Graham and all the people that frequent the farmers market, that period of uncertainty came to an end when the Lowe’s YMCA agreed to let Josh’s Farmers Market set up shop in the large field behind its building.

“This is better than anything we could have hoped for,” Graham said. “Of all the sites that I asked before this one, I don’t think any of them could have outdone this location.”

Graham cited the field’s central location within a highly-trafficked area, along with good parking — something that anyone who made the trip to the original location knows was a huge issue on busy days — are the reasons he believes the market could be as successful in 2021 as it was in 2020.

“Only downside I have here is we don’t have those 80-year-old shade trees,” Graham said with a laugh. “We couldn’t just pack those up and bring them with us.”

According to Graham, feedback on the new location from regulars has been extremely positive. They have even had new customers come by that were never able to make it to the old location.

Josh’s Farmers Market will stay at its current location for the duration of the 2021 season while work continues on their new permanent market at the corner of Sundown Road and Brawley School Road. They hope to begin construction in August on the new location and be ready to open for the 2022 season.

The market is open seven days a week, except holidays, and more information can be found on their Facebook page at www.facebook.com/joshsfarmersmarket.

On the other side of town, yet another Mooresville mainstay, Carrigan Farms, just kicked off the annual strawberry picking event for what they are expected to have a great crop of fresh strawberries due to the relatively mild winter that the farm experienced.

“It’s always great to see people having fun on the farm,” Kelly Carrigan said. “We love to see people coming out, especially the kids.”

Strawberry picking began April 30, and will last until roughly May 23, depending on when the entire crop has been harvested. Carrigan Farms expects the peak of the picking season, when the berries are at their ripest, to be though May 12.

“People are excited. They’re ready to do something,” Carrigan added. “People need to see what agriculture is like and they need to get out and taste what freshly picked strawberries from your local area taste like.”

The farm also will have a food truck on-site serving strawberry slushies and strawberry shortcake.

Shortly after the strawberry picking season ends, around Memorial Day, Carrigan Farms will also open up their quarry for summer swimming.

For more information about strawberry picking, or other upcoming events at Carrigan Farms, visit the website at www.carriganfarms.com.

The following deeds were filed in the Iredell County Register of Deeds office from May 21-26. For more information regarding specific plots of…

At the regularly scheduled meeting of the Iredell-Statesville Board of Education in May, the board approved the naming a new director of caree…

Tulle Bridal LKN, owned by sisters Donna Sada and Melissa Chase, was one of the host sites of Operation Wedding Gown, a campaign offered by Br…

Mooresville made sure Officer Jordan H. Sheldon won’t be forgotten by the town with the dedication of the dog park in his memory on Saturday.

Staff, graduates and junior marshals lined up on the field waiting for the ceremony to begin as music played in the background. The day was su…

The town of Mooresville has welcomed additional new summer interns throughout its departments for 2021.

Gov. Roy Cooper has extended the state's COVID-19 emergency management response for another six weeks — until July 30 — citing it is necessary to keep pivotal state and federal pandemic relief programs in place.

Executive Order No. 220 retains the remaining social-distancing and public-health policies that could have expired at 5 p.m. Friday.

Strawberries are available at Carrigan Farms.

Josh's Farmers Market is open in a new location.