Wild-card weekend: Updates and scores from the NFL playoffs

Mooresville hits 13 shots beyond the arc, eclipses 100 points in victory over Statesville
0 Comments
Share this
{{featured_button_text}}
1 of 3 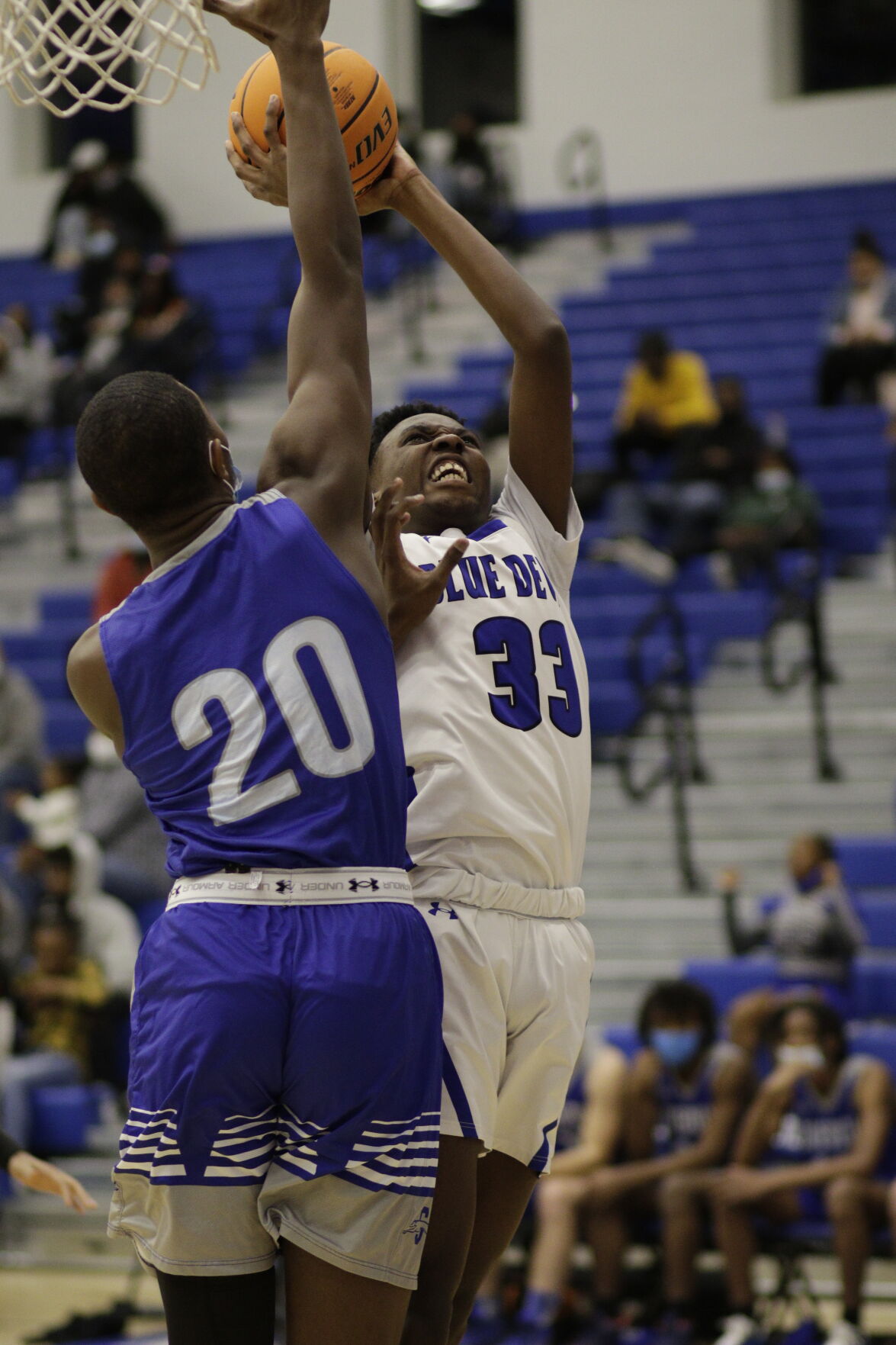 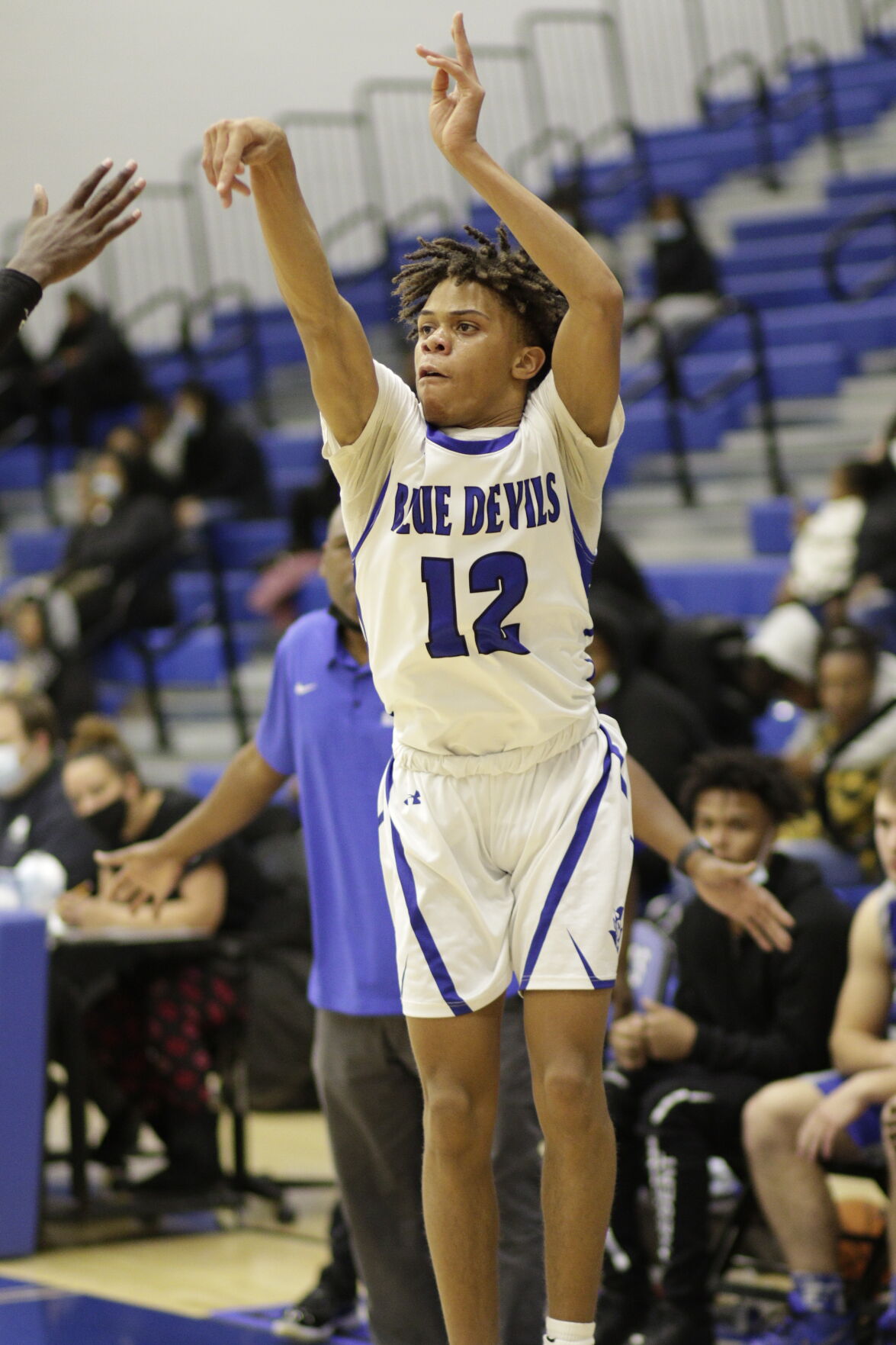 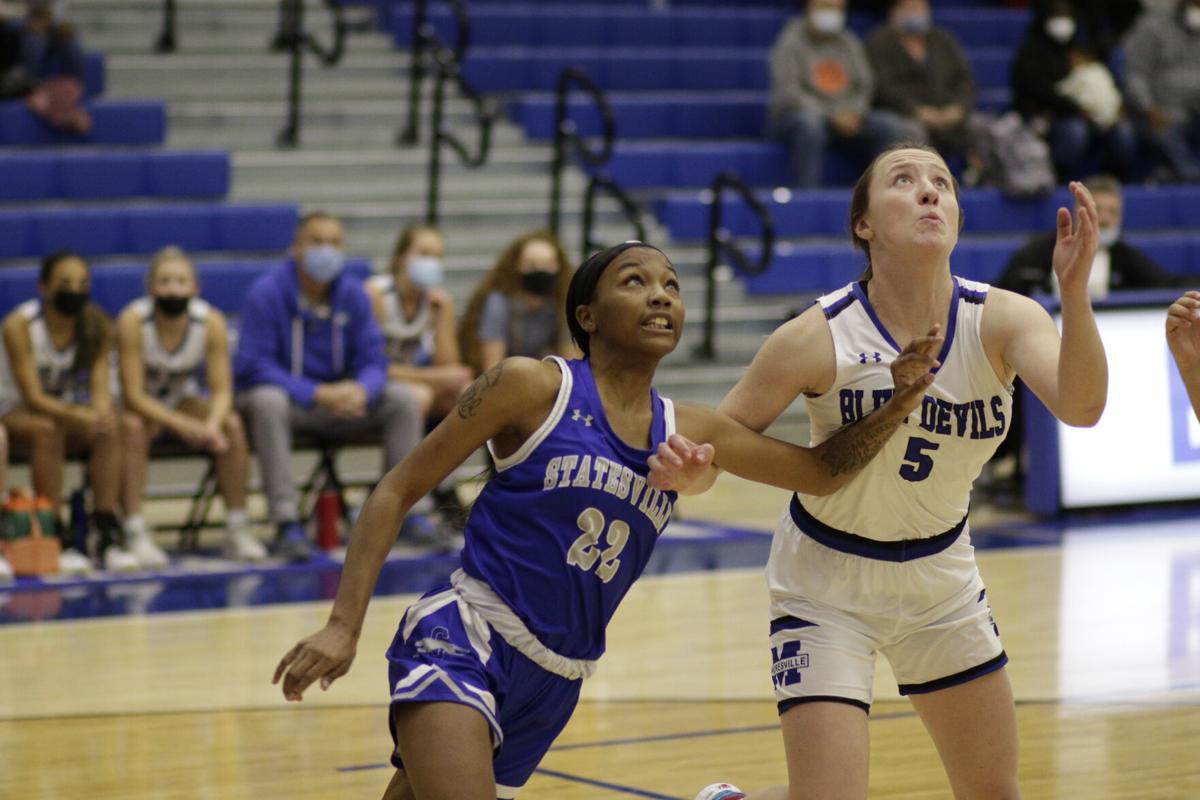 With time winding down in the fourth quarter, Mooresville’s Thomas Vero lined up a corner three in front of the Blue Devil student section. When the shot went through the bottom of the net, the Mooresville side of the gym exploded in a loud roar, arguably the loudest of the night.

Vero, a reserve for the Blue Devils, had just hit the team’s 13th three-pointer to put Mooresville up by 40 points over rival Statesville.

Mooresville’s (12-1) blazing performance from beyond the arc sparked an offensive performance for the ages as the Blue Devils hit triple digits for the first time in nearly four years, defeating the visiting Greyhounds (4-6) 105-71 on Monday.

“When you can shoot the ball like that, you have a chance against anybody,” Mooresville head coach Armard Moore said. “Man, 105 has to be some kind of a record.”

Six different Blue Devils connected from long range in the game, led by sharpshooters Kyrell Shaw and Evaan Ezhilan who both hit four 3s. Kendall Casteel added a pair of 3s in the third quarter and AJ Parsley, Christian Herring, and Vero each hit one trey to get to the final tally of 13.

In total, the Blue Devils had seven players finish with double-digit scoring nights, led by the Shaw brothers, K.C. and Kyrell, who both tossed in team-high 18 points in the victory. Herring added 16 points off the bench while Ezhilan tallied 14. Dane Stewart finished the game with 13 points, while Parsley and Casteel added 12 and 11 points, respectively.

“Everything on offense is a total team effort,” Moore said. “So seeing that tonight is a really great thing.”

While everything on the offensive end of the court was clicking for the entire 32 minutes of game time, a large chunk of that offense was generated by the Blue Devils’ superior effort on the defensive end.

After struggling to get much of anything going in a first quarter that ended with Mooresville holding just a four-point lead, the pressure defense that the Blue Devils have become known for shone through in the second quarter, forcing a flurry of Greyhound turnovers that led to easy, runout baskets for Mooresville.

That four-point lead quickly became a 10-point lead in just the first 3:15 of the second quarter. The 31-point quarter for the Blue Devils pushed them out to a 23-point lead at the half.

“Defense is all we preach here,” Moore said. “I think after the first, the guys settled down and started playing the brand of defense we play here at Mooresville.”

The halftime break didn’t slow down the Blue Devils onslaught as they started the third quarter on a 9-2 run to push their lead out to 30 points. For the second consecutive quarter, Mooresville posted 31 points.

In the second and third quarters, the Blue Devils outscored Statesville 61-40.

With reserves playing a majority of the second half for Mooresville, the defensive performance waned, allowing the Greyhounds to post 41 second-half points, but the game had long since been decided.

Torrey Miller led the way for Statesville, tossing in a game-high 20 points to help the Greyhound offense bounce back from a disappointing showing against North Iredell on Jan. 7 that saw them score just 29 points.

Messiah Robinson added 16 points of his own, including posting a 12-point third quarter that saw him hit a trio of three-pointers. Christian Mare also finished in double figures, scoring 13 points.

Statesville will have a chance to bounce back on Wednesday when they face a 2-12 Fred T. Foard team at home.

Mooresville, who plays archrival Lake Norman and conference favorite Cox Mill next week, faces a potential trap game on the road against A.L. Brown on Friday.

Watch Now: Travel issues continue with no end in sight

WATCH NOW: One person dies in house fire near Mooresville

The Mooresville Board of Commissioners on Tuesday unanimously approved an economic incentive agreement to Battle Copacking, Inc. for the const…

Mooresville schools to require masks for another month