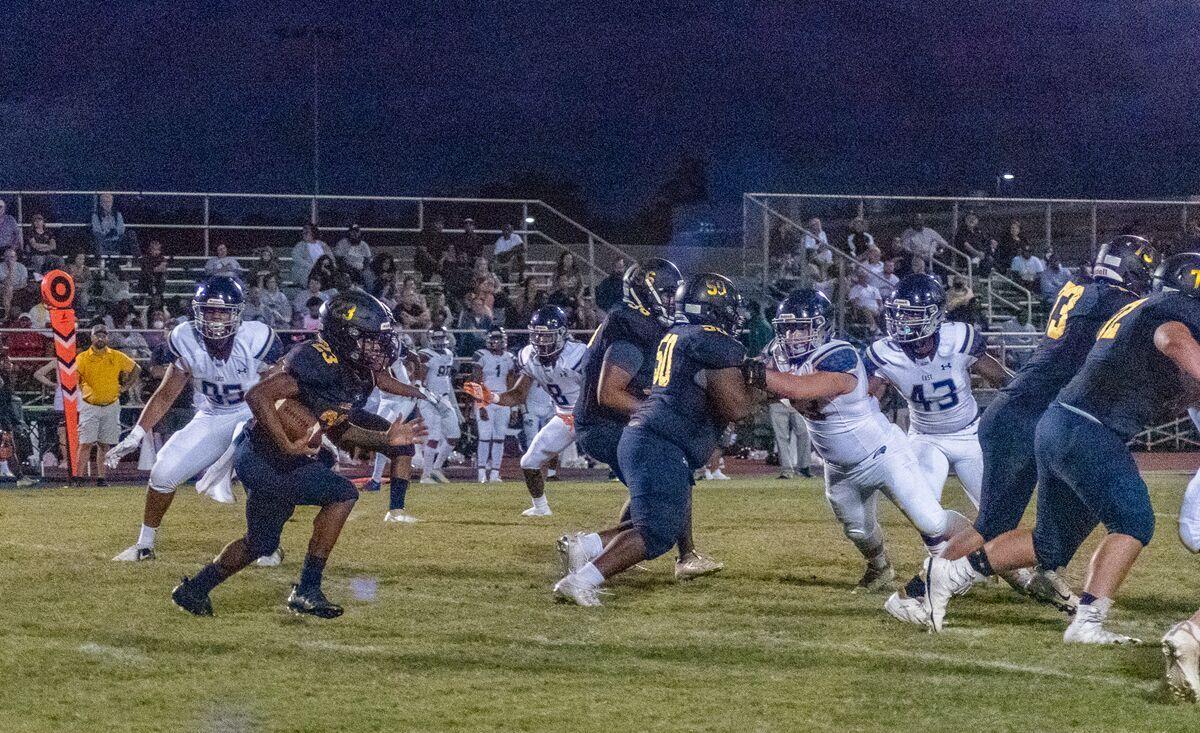 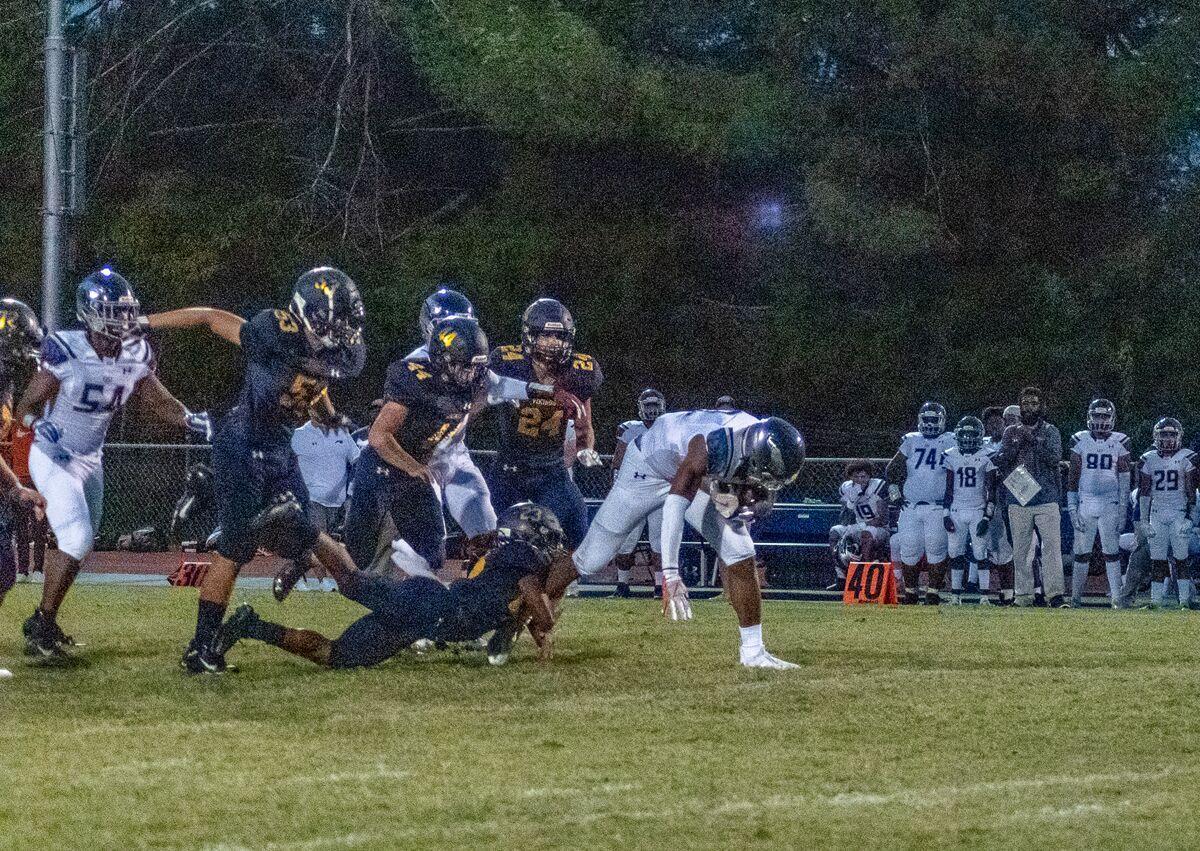 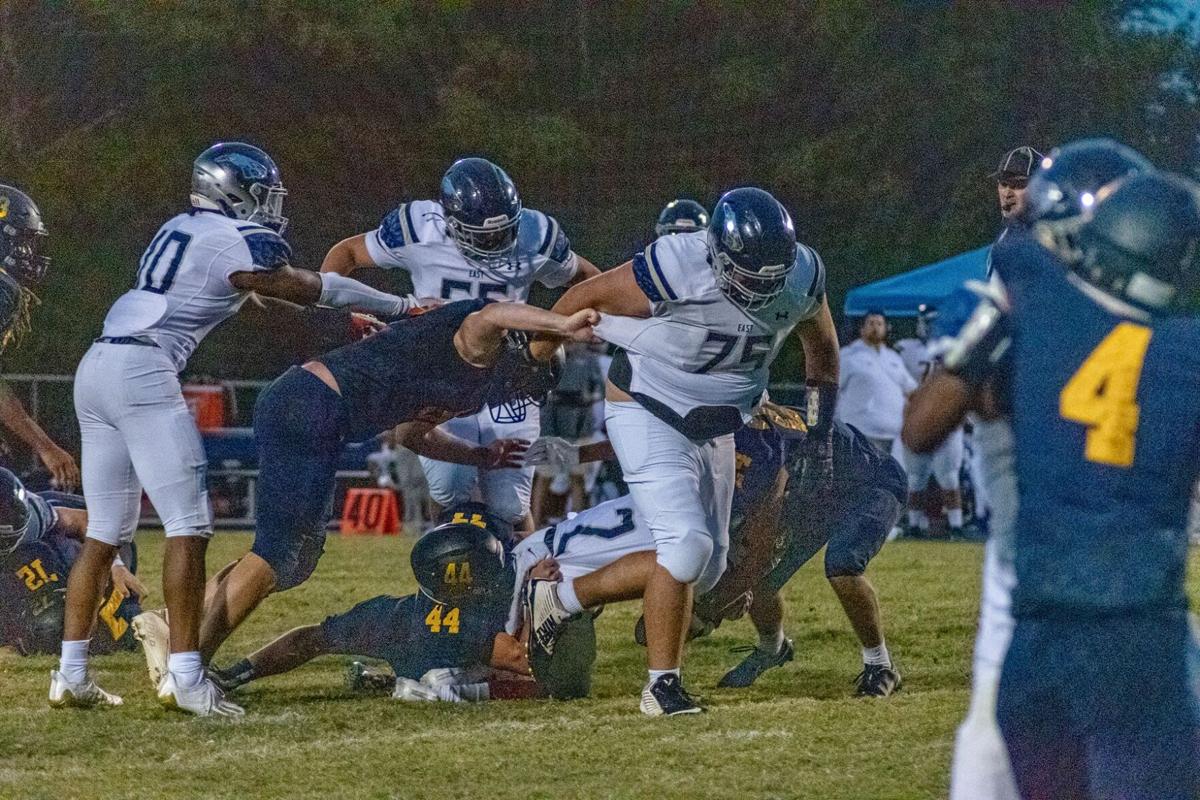 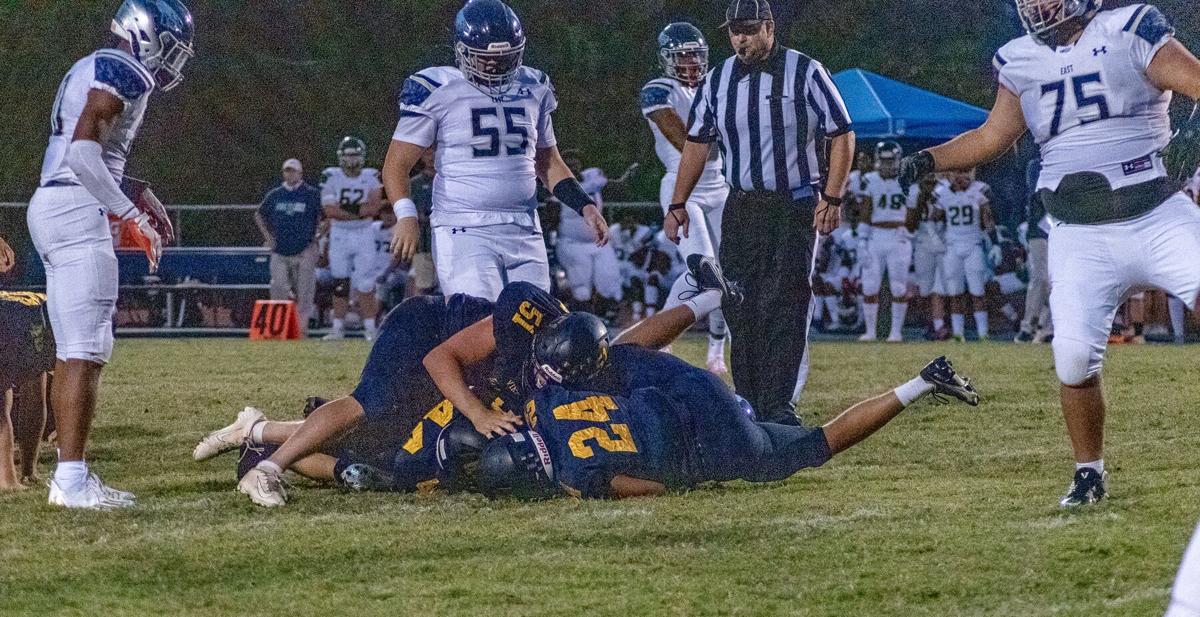 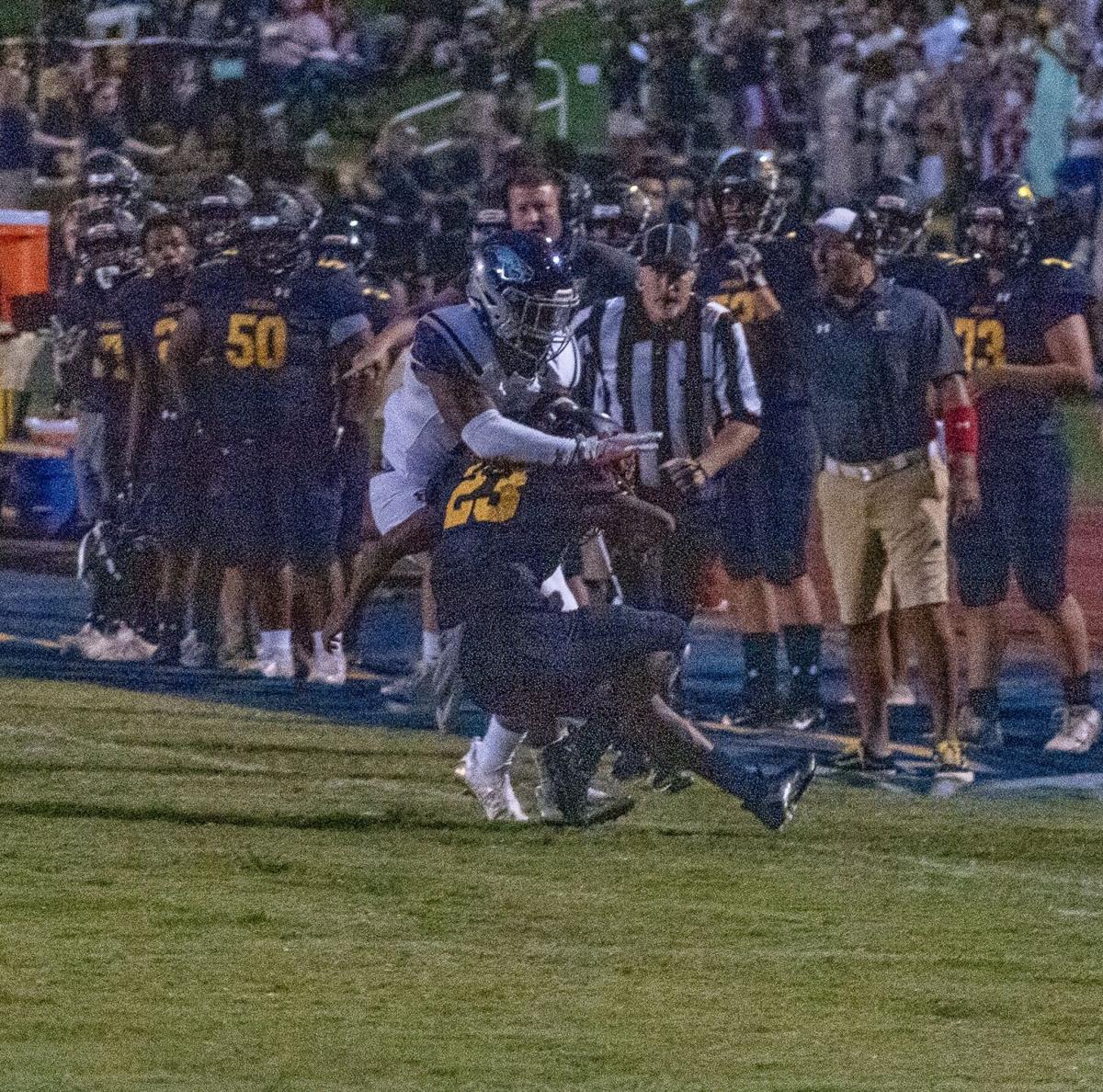 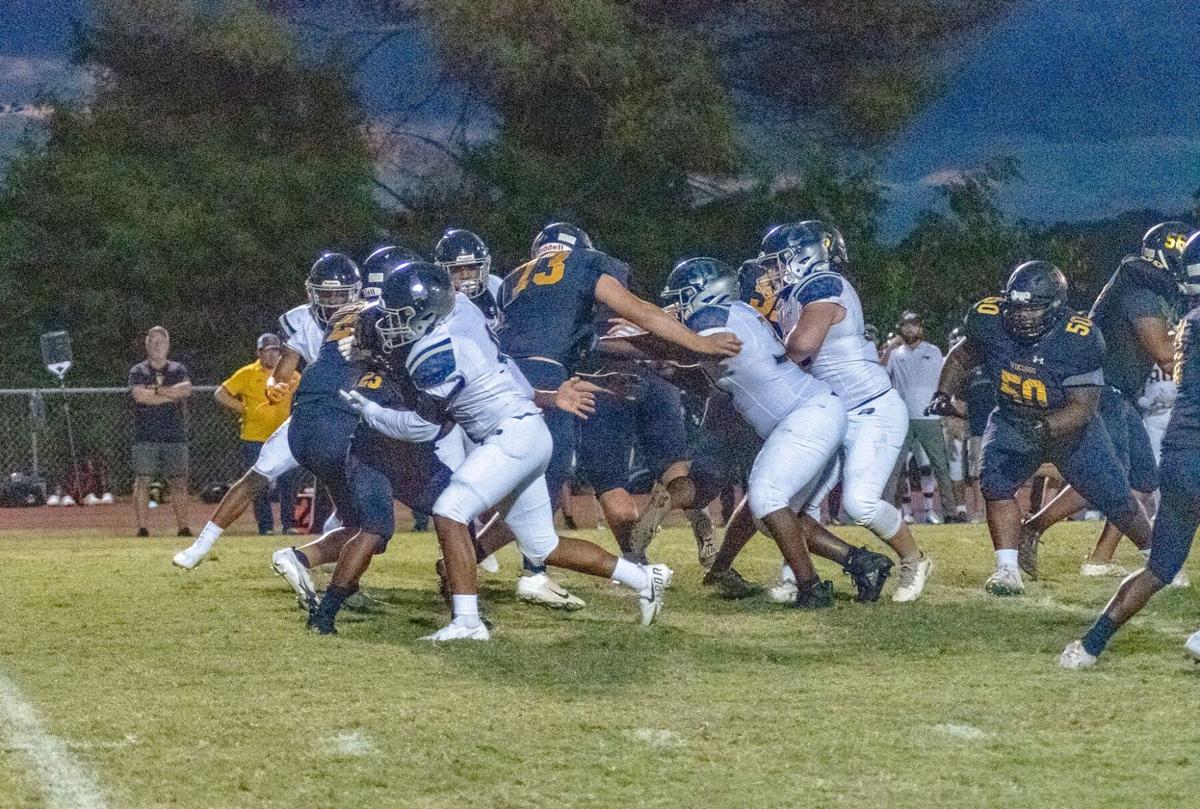 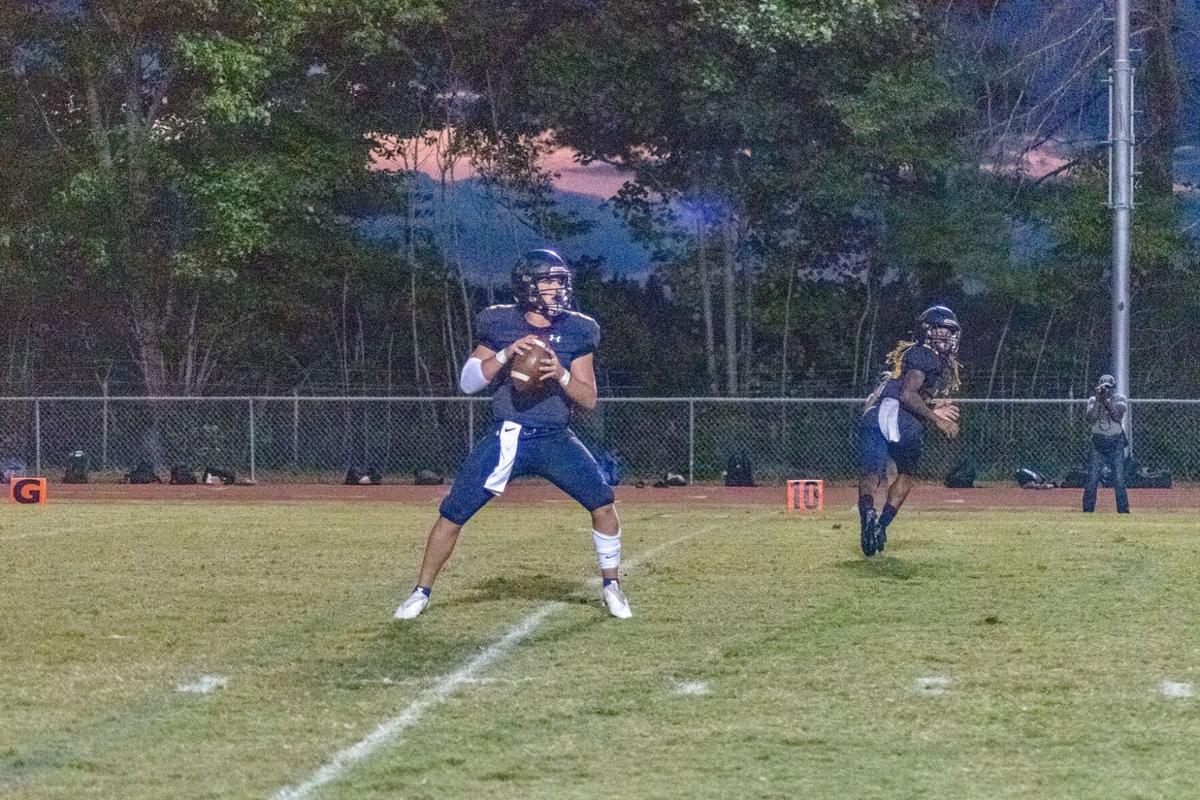 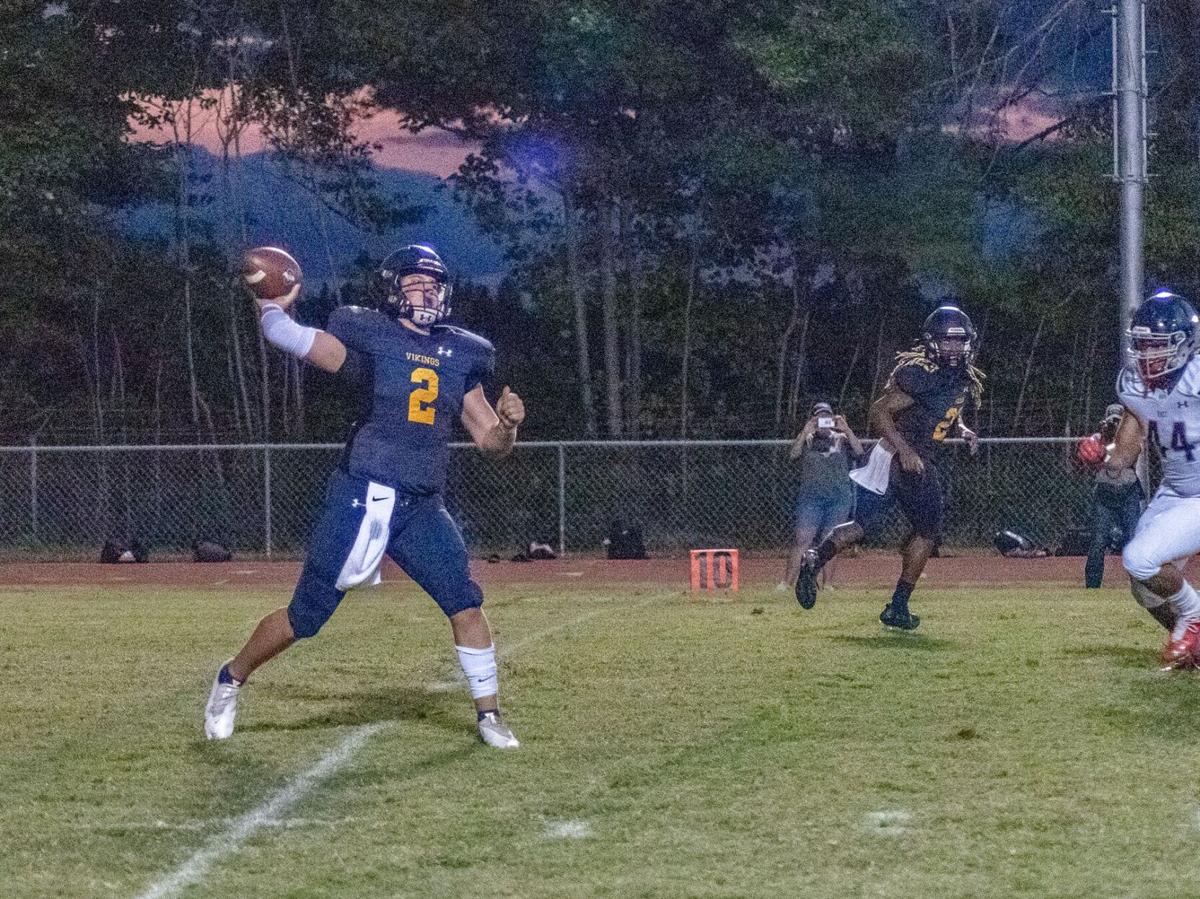 Tanner Smith drops back to pass against East Forsyth. 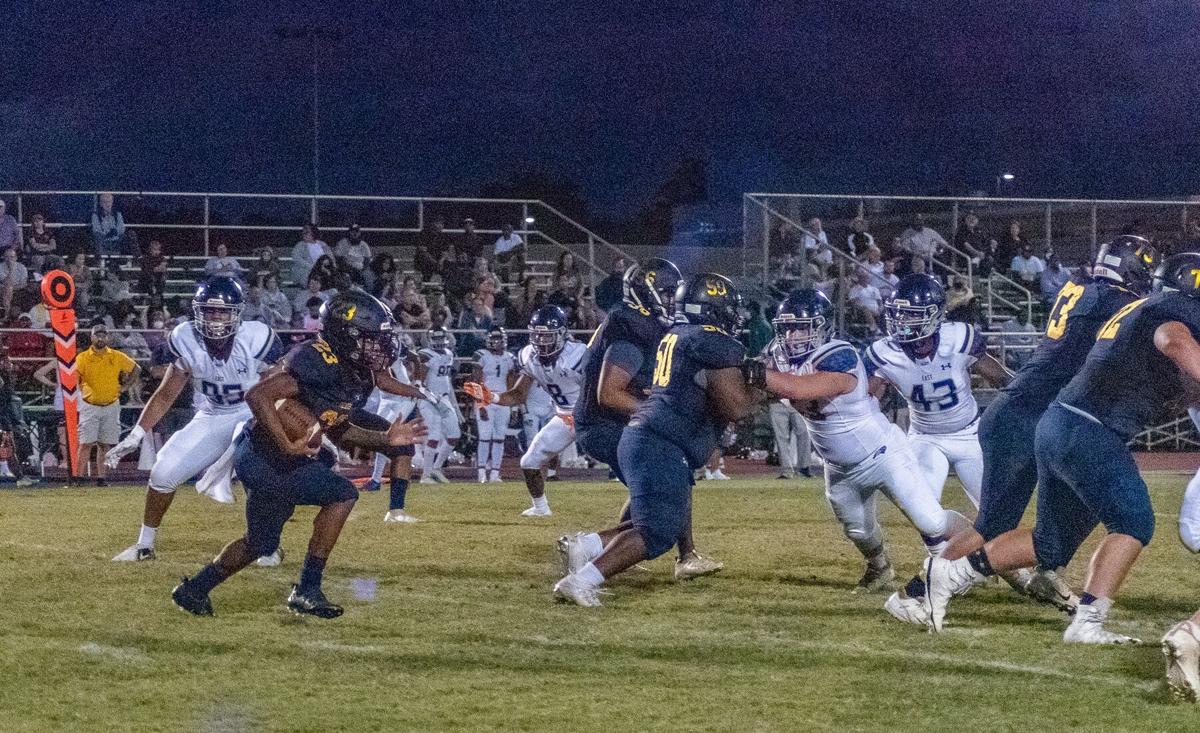 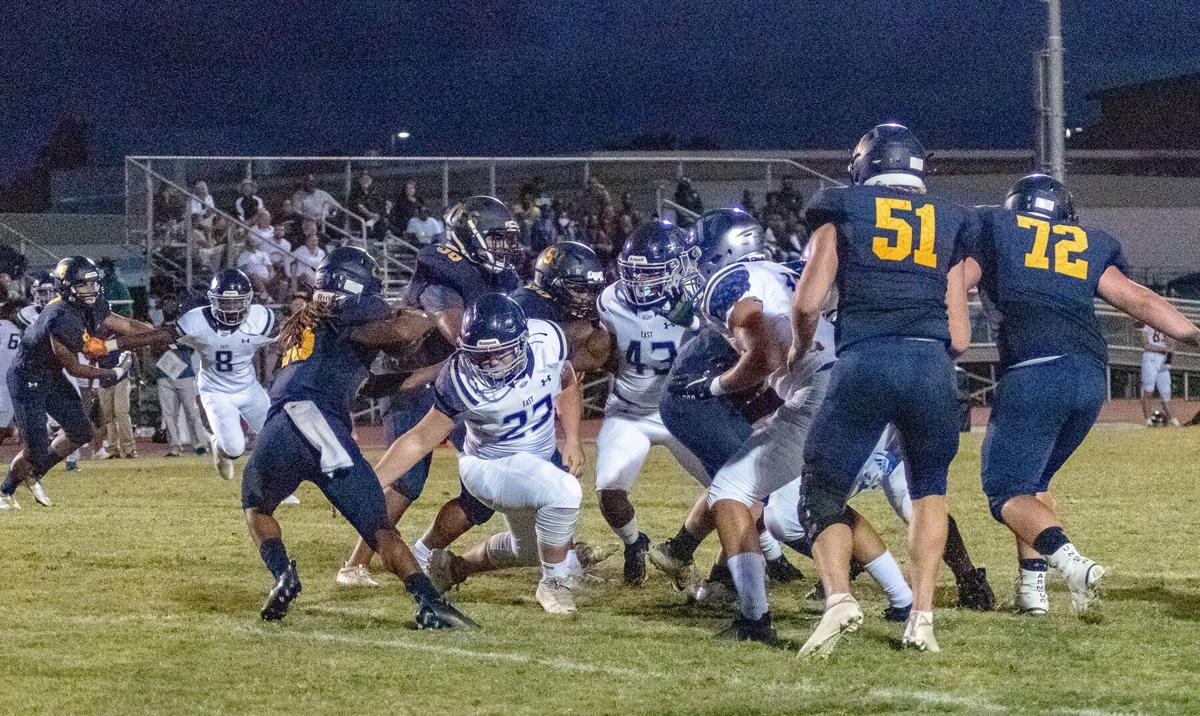 TROUTMAN—South Iredell (1-3) hung close for the first half but was unable to keep the fourth-ranked team in the state at bay as East Forsyth pulled away and secured a 59-7 win over the Vikings on Friday night.

The Eagles pounced early, jumping out to a 10-0 lead in the second quarter on a 25-yard Andrew Conrad field goal and a 20-yard run by Ahmarrion Holland.

But the short-handed Vikings, missing a number of players due to COVID protocols, responded.

Brice Warren hit Demario Parks for a 44-yard touchdown to cut the lead to 10-7 with 8:28 left in the second quarter. The Warren and Parks’ hookup was the only touchdown East Forsyth allowed on the night.

Jaylen Raynor responded for the Eagles just a minute later, connecting with Je’mon Smith for a 60-yard score to extend the lead to 10. Raynor’s touchdown gave the Eagles a 17-7 lead going into half time.

It was the first of two passing touchdowns for Raynor. The junior also added a 45-yard rushing touchdown to his tally on what was an impressive night for the East Forsyth quarterback.

Leading by 10 at the break, East Forsyth came out and put the game away quickly in the third quarter.

The Eagles scored just 50 seconds into the second half on a 25-yard run by Que’sean Brown. They went on to score just one minute later on a 73-yard run by Traylon Ingram to quickly extend their lead to 31-7.

The Eagles saw six different players score touchdowns in the game, moving to 3-0 in the process and keeping a strong grip on their current ranking.

South Iredell fell to 1-3 on the season and looks to rebound next week as it opens conference play against West Cabarrus.

A 27-year-old man was shot in the back in the parking lot of Walmart, 169 Norman Station Boulevard in Mooresville, on Sunday.

On a rainy Tuesday morning, Tamara Bravo’s kindergarten class at Park View Elementary School sat in a semi-circle on a colorful rug gathered a…

The following deeds were filed in the Iredell County Register of Deeds office from Sept. 10-16. For more information regarding specific plots …

Rolling the dice: Lake Norman's gamble on fourth down play pays off

KANNAPOLIS — With the game on the line, Jonathan Oliphant needed to make a decision. His team faced a 4th and 1 at their own 24-yard line lead…

Tanner Smith drops back to pass against East Forsyth.