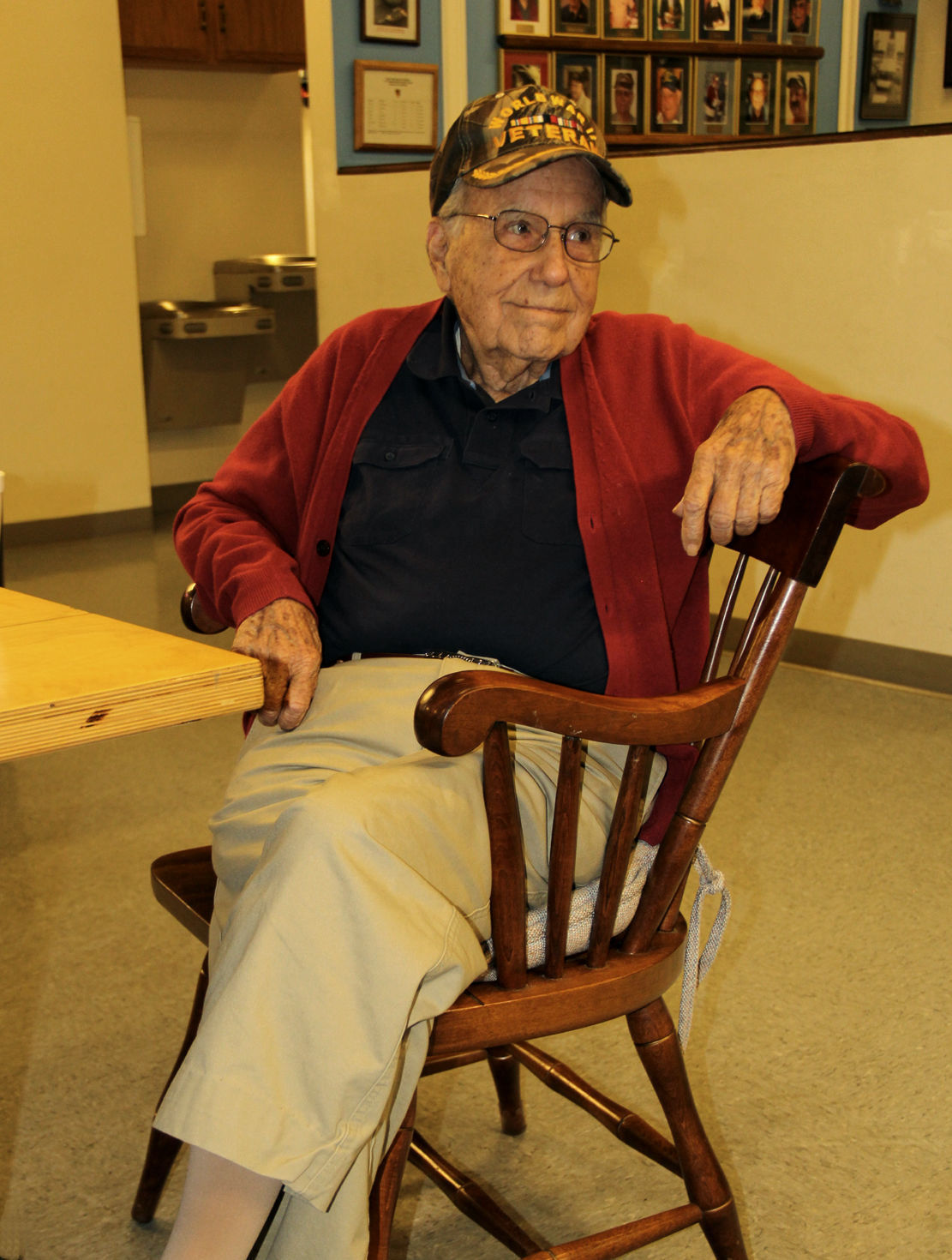 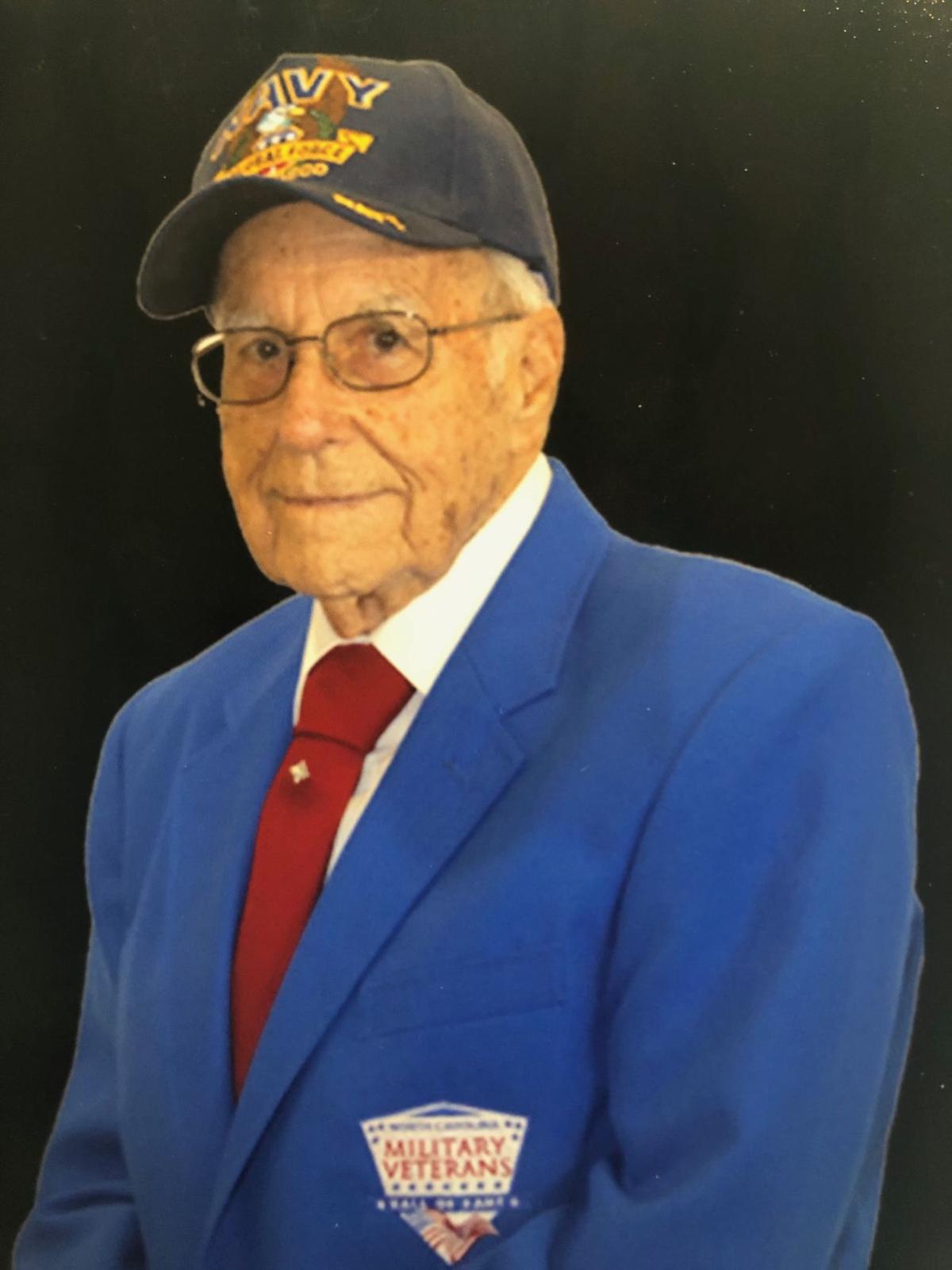 Arthur “Art” Rogers, a beloved fixture at Richard’s Coffee Shop and a World War II veteran, died Friday of coronavirus but not before trying to help doctors find a treatment that could end the epidemic.

“He told me, ‘Bren, I’m either going to beat this or I’m going to help find the cure,” said Roger’s daughter-in-law Brenda Rogers.

“It’s a big loss,” said his son Russell Rogers. “He was pretty amazing. He was a very loving, good man that cared deeply about his family and loved his wife and loved us kids.”

Rogers’ wife Katherine died in 2009 and together they had four children, five grandchildren and five great-grandchildren, Russell Rogers said.

A scientific man to the end, Rogers allowed doctors at Novant Health Presbyterian Medical Center in Charlotte to use the anti-malarial drug Chloroquine as an experimental treatment, Brenda Rogers said. This chance to help others “gave him this little spark,” and was enough for him to keep fighting, she said.

But Rogers, a World War II Navy veteran who later served on the Manhattan Project taking photos of the early development of atomic and hydrogen bombs, began to decline.

The last thing Rogers did for his country was to try to help find a cure for coronavirus. “He was courageous,” Brenda Rogers said. “These veterans continue to fight for the American country and the American people all the way to the end.”

Towards the end of Rogers’ life, nurses played opera music for him. He was able to say goodbye to family members from Ohio to New Hampshire via a video call, Brenda Rogers said. “He couldn’t believe the technology of that little iPad,” Brenda Rogers said.

What means the most to Russell Rogers is that his father gave his life to Jesus Christ three days before he died. “I had this fear he would go to his grave not knowing Christ,” Russell Rogers said. “Lots of people were praying for him. That was very important for me to see that.”

Brenda Rogers said she wouldn’t have believed it if someone told her that her father-in-law would pass from a national epidemic. But, on the other hand, “Only Art Rogers could have died from this because his story is amazing,” Brenda Rogers said. “Everything he did and lived.”

Born in Jamaica, a New York City neighborhood in the borough of Queens on May 30, 1926, Rogers became a young photographer who worked with some of the best fashion photographers in the world, Russell Rogers said. During World War II, Rogers enlisted in the U.S. Navy, despite being told he was too skinny and small the first time he tried to enlist, Russell Rogers said.

After serving two years, Rogers was asked to join the Manhattan Project and spent years photographing the mushroom clouds of atomic and nuclear weapons to evaluate the designs of the weapons, Russell Rogers said.

Russell and Brenda Rogers eventually moved Art and Katherine Rogers from Fuquay-Varina to their Mooresville home around 2008 to help care for Katherine who had Alzheimer’s disease.

Rogers had become a near recluse caring for his wife on his own and was going through his own mental decline but when he came to Mooresville, he found Richard’s Coffee Shop, then known as Pat’s Gourmet Coffee Shop, Brenda Rogers said.

“Within months of him being here in the coffee shop, he was back to Art Rogers,” said Brenda Rogers. “He wasn’t that man of dementia.”

Rogers moved to Mooresville permanently and helped the coffee shop transition to what it is today upon the death of owner Richard Warren, she said. A woodworker and a craftsman, Rogers hand made walking sticks and canes and gave them to veterans for free, his daughter-in-law said.

“He was a cornerstone of Richard’s Coffee Shop and he is going to be sorely missed,” said Sunny Sneary, a Marine Corps veteran who spent many hours with Rogers and other veterans at the coffee shop’s “Old Geezer Table.”

A fellow photographer, Sneary said she would show Rogers her work and he would critique them and tell her how to make improvements. A few years ago, Rogers presented Sneary with the only copy of a photo he had taken of a specific mushroom cloud. He explained the photo reminded him of her, she said. “This one was just so unique and so exquisite, it made me think of you,” Sneary said Rogers told her. “It made me burst into tears.”

Mayor Miles Atkins said Rogers would stand and greet him whenever he visited Richard’s Coffee Shop. “He was first class all the way around,” Atkins said.

Services have not yet been finalized due to the epidemic, but Rogers will be buried at Salisbury National Cemetery with full military honors, Brenda Rogers said. She encouraged friends to make donations to Richard’s Coffee Shop in honor of her father-in-law and other veterans like him.

“He was one in a billion,” said Russell Rogers.

Watch Now: What will it take to keep schools open?

MOCKSVILLE — A Pennsylvania man is wanted for questioning after a woman was found dead Monday in a room at the Days Inn on Yadkinville Road.

A Mooresville man is facing more than 20 charges that authorities said resulted from an investigation into the sexual assault of a family member.

Just building a traditional snowman wasn’t enough for J.T. Smith, owner of Lake Norman Muay Thai. With help from his son, Harrison, and a stud…

Snow fell across Southern Iredell County Sunday. Check out these photos of the scenes.

The following deeds were filed in the Iredell County Register of Deeds office from Jan. 2-8. For more information regarding specific plots of …

Most of us will only dial 911 once or twice in our lifetime. Hopefully that day never comes, but when it does, seconds count. Mooresville Fire…

It has been such a weird year with news regularly coming out of the medical field with coronavirus and the omicron spinoff. The business world…