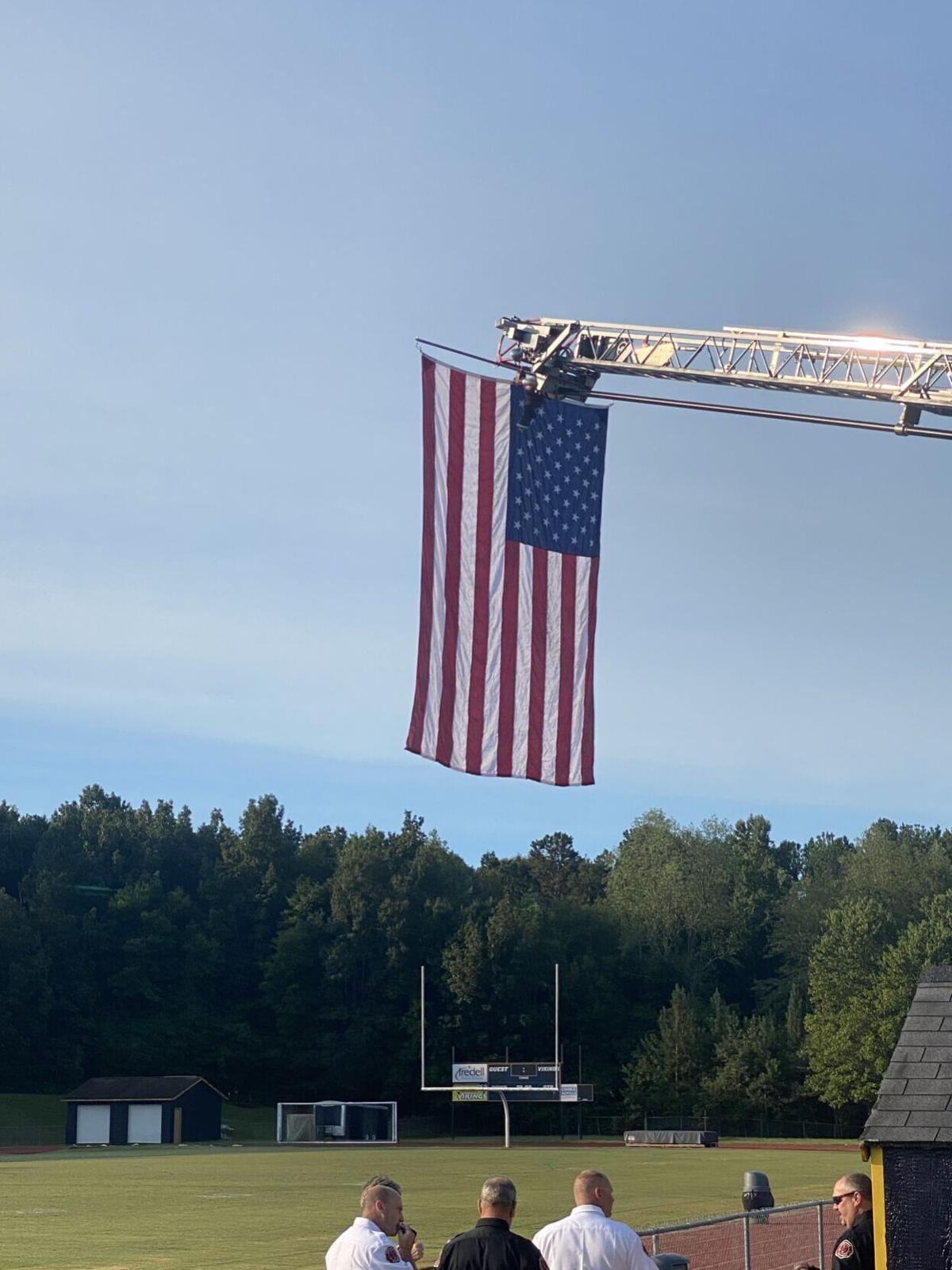 An American flag hangs from a fire truck. 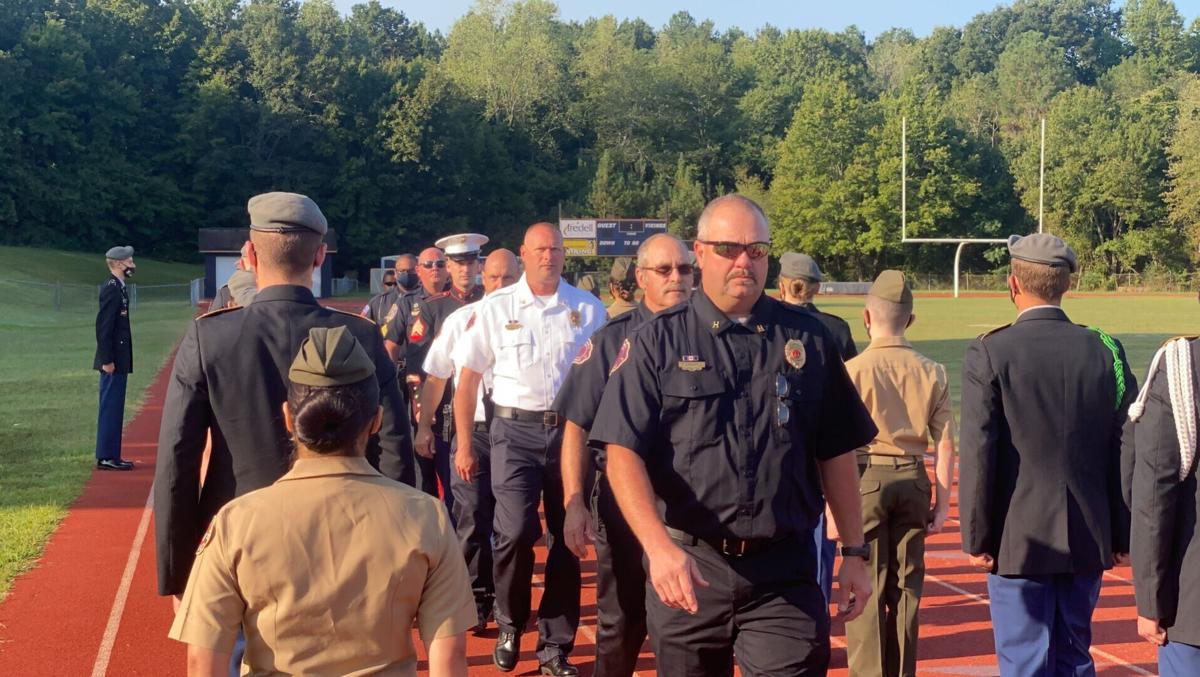 First responders are escorted into the football stadium. 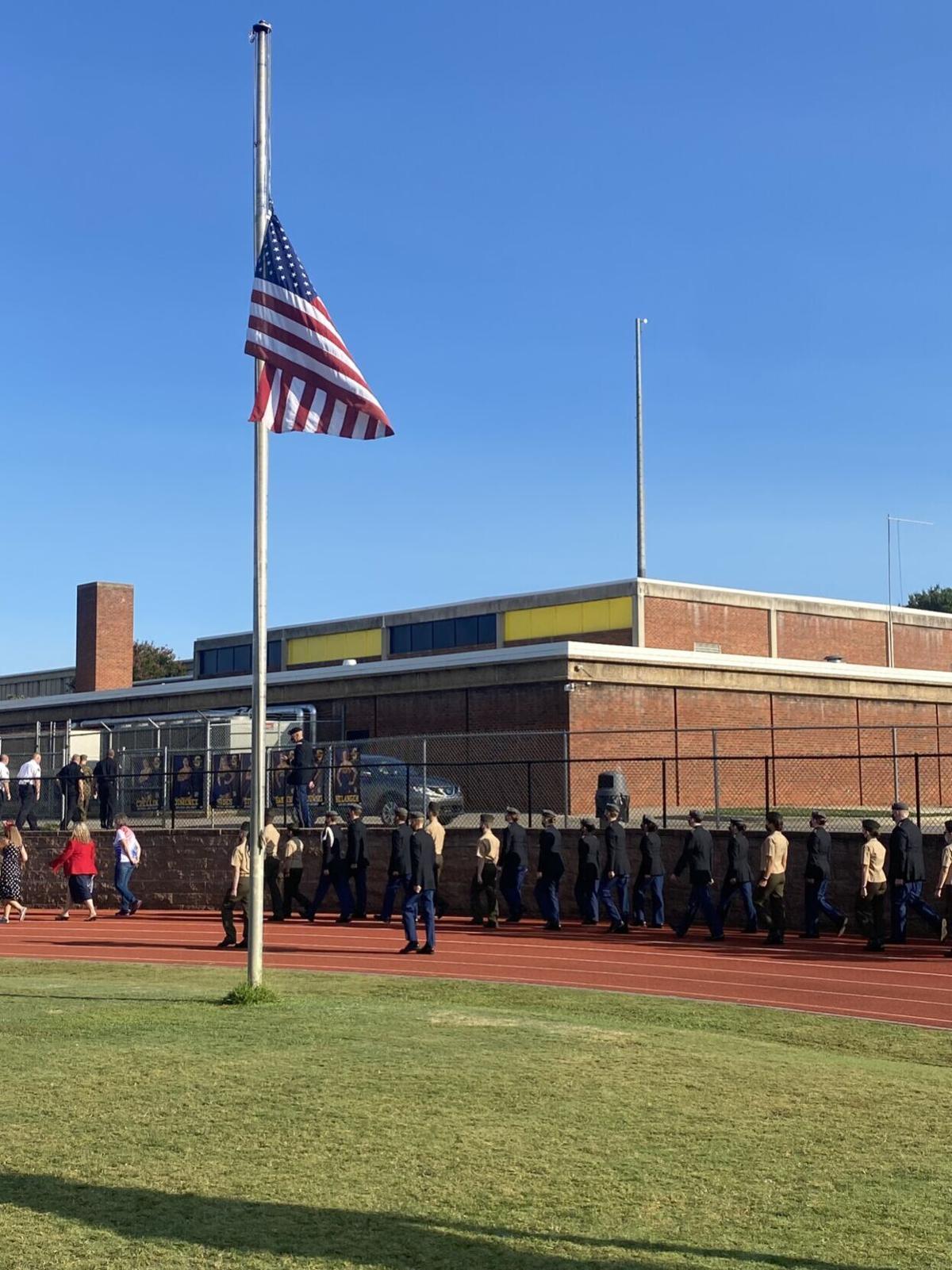 Statesville Record & Landmark A flag is at half-mast at the school. 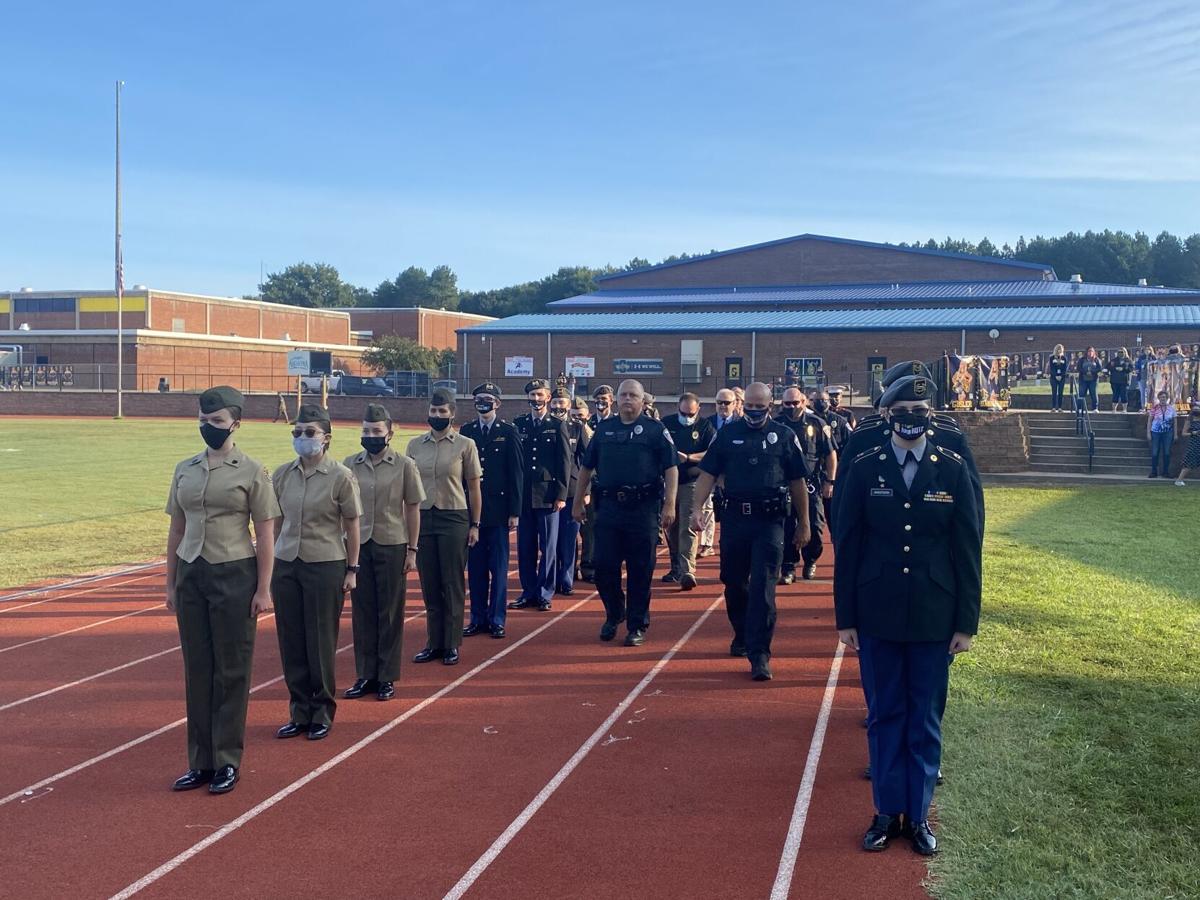 ROTC cadets stand as first responders walk into the stadium.

The entire student body of South Iredell High School packed into the football stadium, not for a game, but to remember the lives lost on Sept. 11, 2001.

In an event coordinated by South Iredell Marine Corps JROTC, in conjunction with the West Iredell Army JROTC, the students gathered in the stadium for a chance to honor the first responders in attendance, as well as hold a moment of silence while the American flag was lowered to half-mast to honor the 2,996 people who were killed in the terrorist attacks 20 years ago.

“None of the kids in this school were born when that happened,” Master Sgt. Michael Fisher, the Marine instructor for South Iredell’s MCJROTC, said. “We thought it was very fitting to host this event for the 20th anniversary to recognize the first responders.”

Friday morning’s event was the first of its kind hosted by South Iredell and was one of new principal, Kelly Schoffner’s, goals when she stepped into the role earlier this year.

“We wanted to bring parts of the community together,” she said. “I was very impressed by how respectful the students were during the ceremony. Everyone took the moment seriously and gave it the respect it deserved.”

During the ceremony, Schoffner, as well as Troutman Town Manager Ron “Duck” Wyatt, spoke to the first responders and students who were present at the event. During her speech, Schoffner spoke about what she went through on that day as a teacher at Brawley Middle School.

She described the feeling of not knowing what happened to her cousin, who worked in a building not far from the World Trade Center, for hours until she had returned home, walking all the way from Lower Manhattan to her home on Long Island.

According to Fisher and Schoffner, a key factor in starting what will now be a yearly tradition at South Iredell was to educate new generations of students about that tragic day 20 years ago.

“I think these ceremonies and traditions are a part of building our culture,” Schoffner said. “They help us build who we are as a town and as a school.

“We’re already reflecting on ways that we can make this ceremony even better next year.”

An American flag hangs from a fire truck.

First responders are escorted into the football stadium.

Statesville Record & Landmark A flag is at half-mast at the school.

ROTC cadets stand as first responders walk into the stadium.