Don't expect a particularly harsh winter, but a volatile one. That's the essence of the National Oceanic and Atmospheric Administration's winter outlook, released Thursday.

The agency is forecasting warmer-than-average temperatures over a large part of the nation, in keeping with recent trends. Winters are warming up because of climate change, and the overwhelming majority of recent years have tended to be mild on balance.

But even with winters trending milder, they have still unleashed brutal cold snaps and blockbuster storms, and there's no reason this year won't be different.

Most of the nation is favored to be warmer than normal, but "cold weather is anticipated and some areas could still experience a colder-than-average winter," the outlook said.

Areas least likely to be cold, relative to average, are Alaska and Hawaii, where the outlook highlights high chances for above-average temperatures. Abnormally warm oceans surround both of these states, which have seen record-breaking temperatures at times since the summer.

NOAA's outlook paints a sprawling zone with elevated chances for above-normal precipitation from Montana to the northern Mid-Atlantic. Within this zone, it's especially likely to be wet in the northern plains and Upper Midwest. These areas also had a very wet second half of winter last year, which led to historic spring and summer flooding, and the situation could repeat next year if this forecast is correct.

Drier-than-normal weather is favored in parts of the Deep South and central California, where NOAA is calling for the onset of drought conditions.

Ocean temperatures are abnormally warm off the California coast, forming a zone some scientists have referred to as "the blob." While some scientists have attempted to link this warm water with elevated chances for drought in California, Mike Halpert, deputy director of NOAA's Climate Prediction Center, told reporters Thursday that he's unconvinced.

The blob "usually doesn't play a large role in climate outcomes over North America," he said.

Halpert made clear that NOAA's forecast for drought in California is based on computer model forecasts, not the warm offshore temperatures.

Halpert stressed that predicting how the winter will play out is especially complicated this year. That's because there's no strong climate signal such as El Niño or La Niña. When these signals are present, it tends to favor particular patterns of temperature and precipitation in North America.

"Without either El Niño or La Niña conditions, short-term climate patterns like the Arctic Oscillation will drive winter weather and could result in large swings in temperature and precipitation," Halpert said.

Halpert said these short-term climate patterns typically take control of conditions for periods of roughly two to four weeks and are difficult to predict far in advance. Figuring out their net effect on the flavor of the winter is thus "kind of tricky," Halpert said.

In the absence of longer-term signals, Halpert said NOAA is relying more heavily on computer model forecasts this year. He said above-normal precipitation in the north-central United States was one of their more consistent predictions.

Seasonal outlooks do not have the same degree of accuracy and reliability as day-to-day weather forecasts. Halpert said NOAA's winter temperature outlooks typically provide a 30 to 35% improvement over a random guess, while precipitation outlooks offer only about half that much improvement.

Last year, NOAA's winter temperature outlook was worse than a random guess, largely because temperatures plunged in February in the Plains and Mountain West after mild weather had been expected. 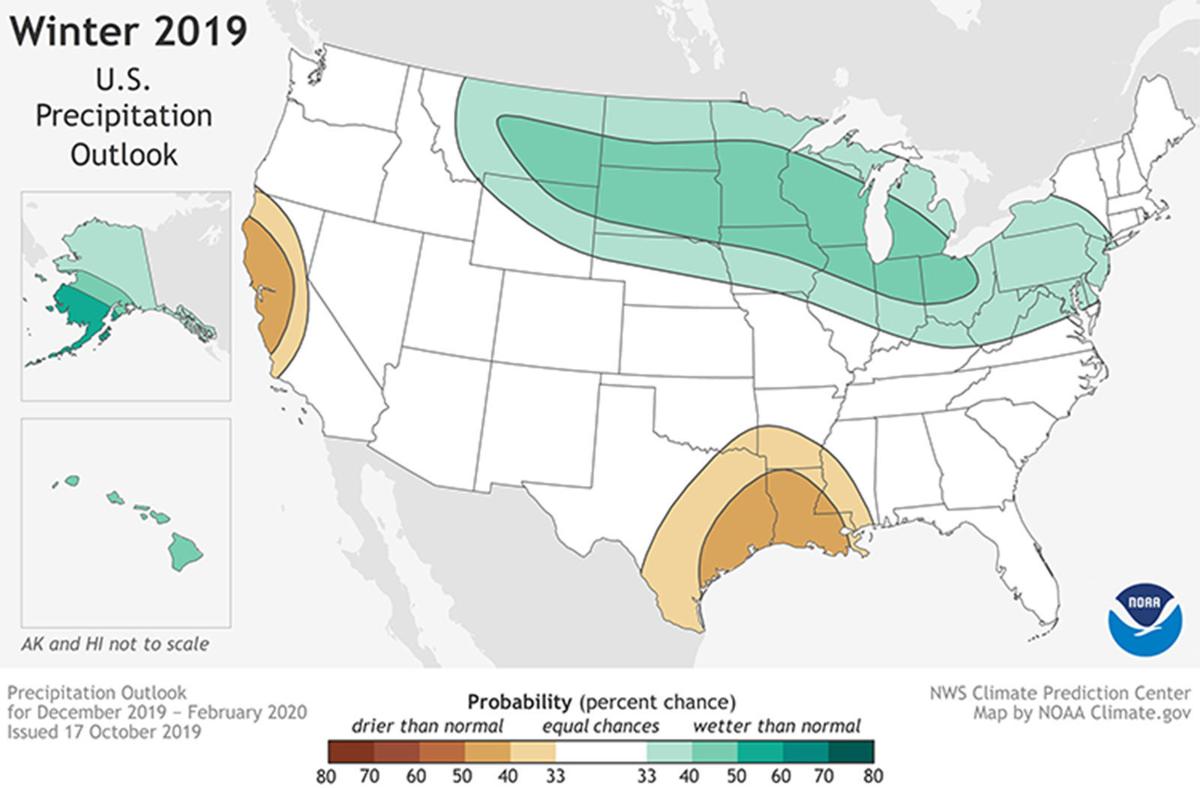 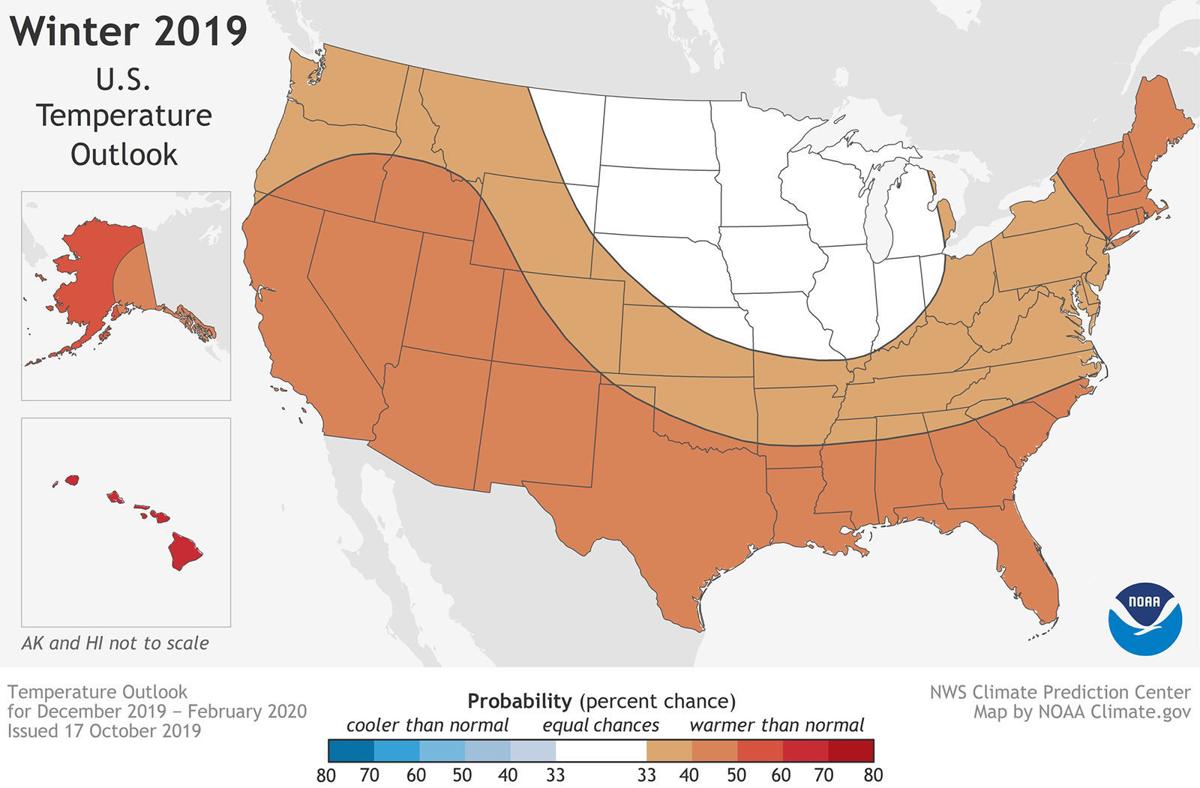