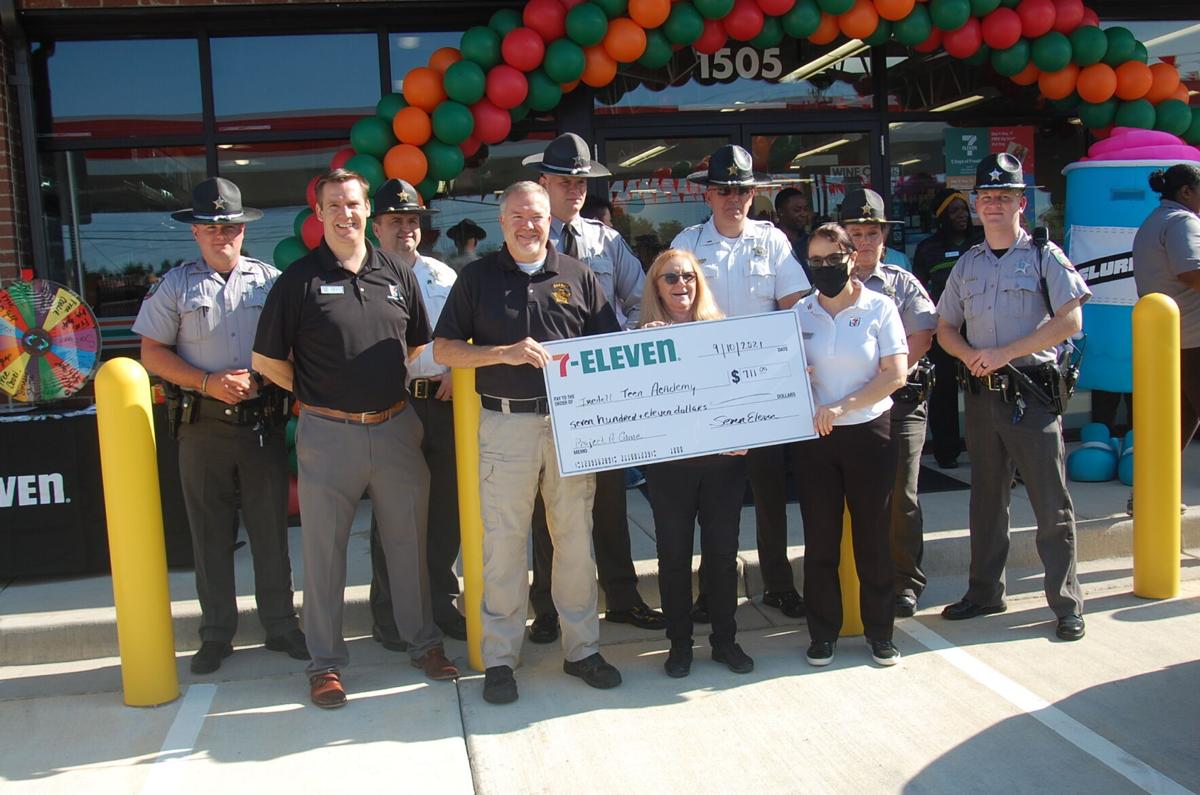 Iredell Sheriff Darren Campbell, left, front row, holds a ceremonial check for $711 from the 7-Eleven company Friday at the grand opening of the newest store in Statesville. 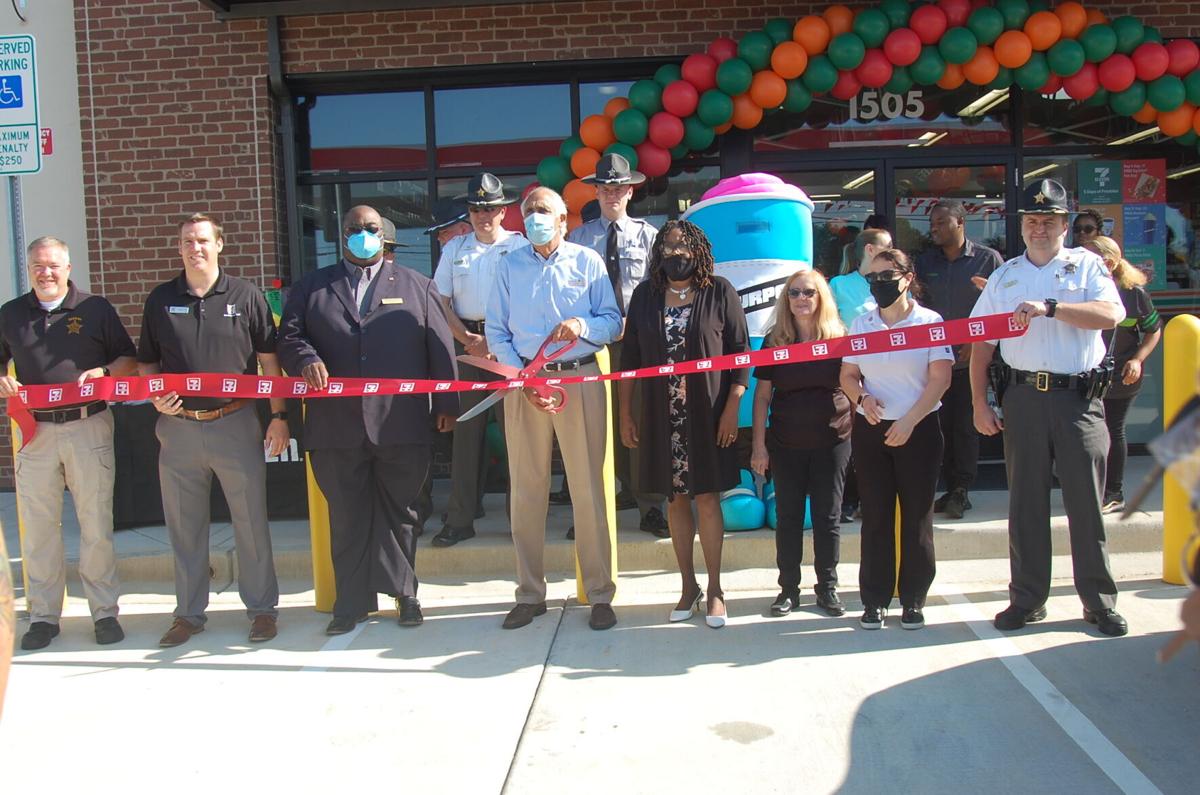 Statesville’s newest 7-Eleven store opened Friday to the traditional fanfare but with a twist on many such events.

The teen academy was started several years ago and is aimed at giving young people a bird’s eye view of the sheriff’s office operations. Iredell Sheriff Darren Campbell said is also intended to build relationships between young people and law enforcement.

Campbell said he was thrilled with the donation. “For 7-Eleven to take the time to make a financial donation to make sure this continues on for the future. It is unbelievable. We’re very flattered. We are very honored and just want to say thank you very much for taking the time to do this for us,” Campbell said.

Officials from 7-Eleven said this donation is a Project A-Game grant. Project A-Game is a community outreach program created to provide meaningful youth development opportunities through education and play so children establish a strong foundation that supports their future success, officials said.

Campbell said the money from 7-Eleven will help the Teen Academy in a variety of ways. “It will help us provide tools to educate, supplies, T-shirts,” Campbell said. “We do this at no cost to the teens to every little bit helps.”

The Teen Academy annually draws between 20 to 25 young people and it has proven to be popular, so much so that Campbell and Capt. Matt Burleyson said they are thinking of either offering two academies or expanding the number of students that can be accommodated.

He said he learned of 7-Eleven’s interest in helping the Teen Academy via an email and he was thrilled that the company was willing to do this for the program.

Officials from 7-Eleven said since the program’s inception more than 4,800 grants have been awarded, representing a community investment of more than $3 million. Grants have been used to underwrite initiatives including math and science projects, tutoring, school supplies and sporting equipment to ensure children have the resources and inspiration they need to stay in school.

After presenting the ceremonial check to Campbell, the traditional ribbon cutting was held with Statesville Mayor Costi Kutteh cutting the red ribbon. Council members Doris Allison and Frederick Foster were also on hand for the ceremony as was Statesville Police Chief David Addison.

Iredell Sheriff Darren Campbell, left, front row, holds a ceremonial check for $711 from the 7-Eleven company Friday at the grand opening of the newest store in Statesville.