World Series: Follow live updates from Game 6 as the Dodgers face the Rays

'We just want her safe and at home': The search for Selena Cawley continues
View Comments
Share this
{{featured_button_text}}
1 of 3 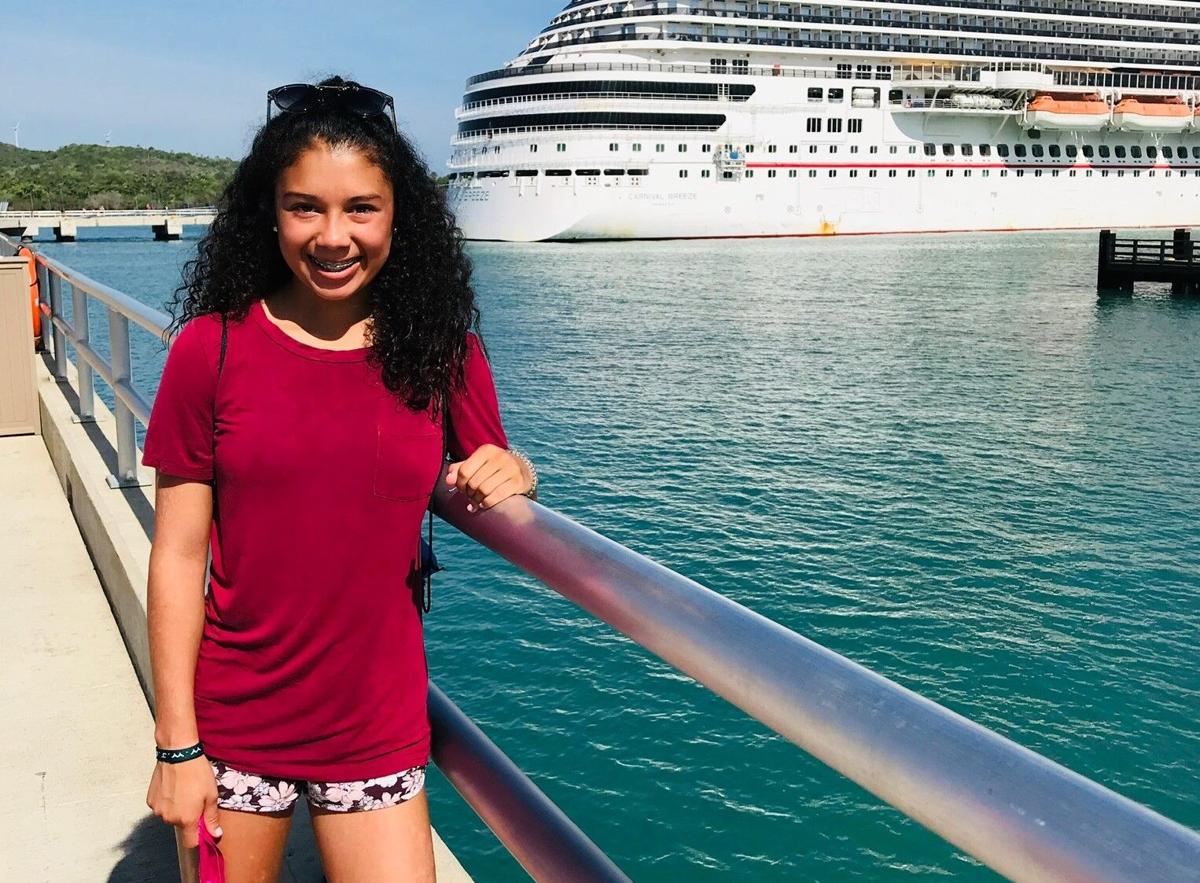 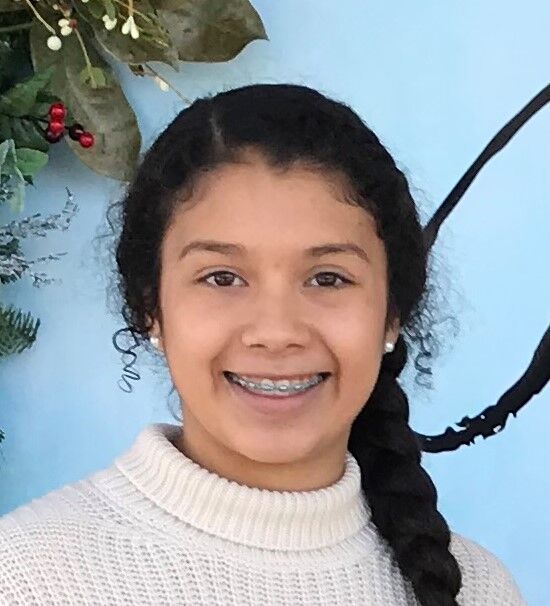 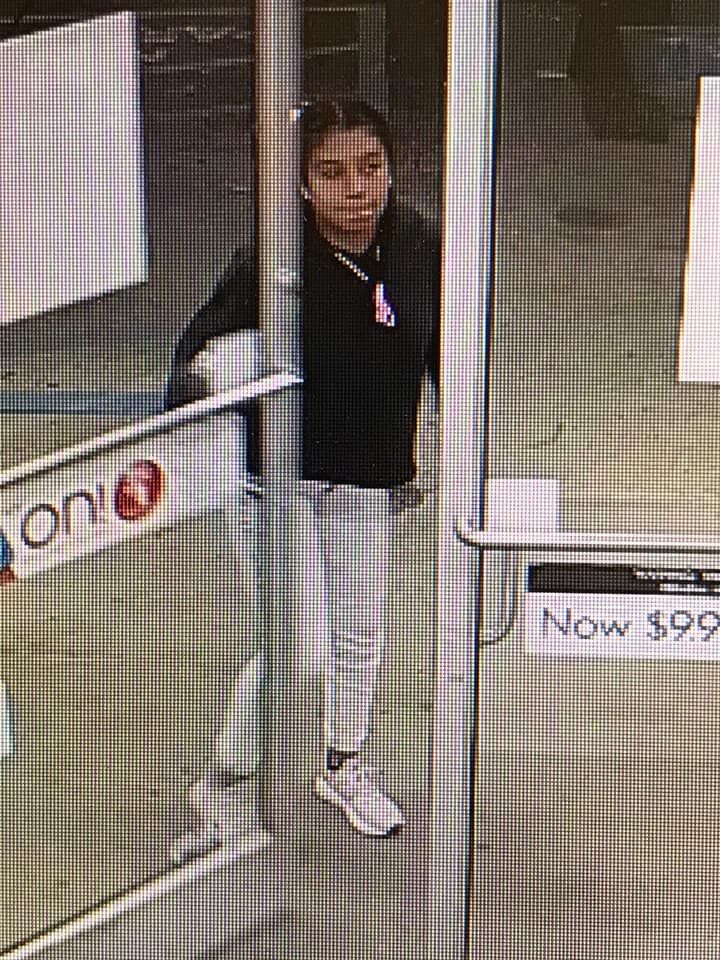 This photo was the last confirmed sighting of Selena Cawley.

For most people, a month-and-a-half can seem to fly by. But when a child is missing, time can feel like it’s crawling by, every day longer than the last.

Forty days may not seem like a lot, but when you put yourself in the heart-wrenching shoes of a mother and father searching for their missing daughter, the full weight of 40 days begins to sink in.

The Cawley family has been searching for 15-year-old Selena for 960 hours — 57,600 minutes as of Saturday afternoon — with just a single sighting and a smattering of shaky leads to show for it.

“Not having answers is the worst thing to go through … the not knowing.”

Selena Cawley has been missing since the late afternoon of Aug. 12 and, aside from a grainy screenshot from a security camera at the Circle K on North Main Street in Mooresville later that same night, there have been no sightings of her and very few means of tracking her down and that is taking its toll on the entire Cawley family.

“It has been a roller coaster of emotions from (her siblings) — from sad to concerned to angry that she’s putting us through this, if she’s chosen this,” Anne Cawley said. “And I’m going through that as well … every day”

The Cawley family is made up of six children, including Selena. One of them, a 6-year-old girl, was the last person in the family to see Selena before she disappeared.

“Selena was interacting with her sisters, helping with chores around the house that day while I was working,” Brian Cawley, Selena’s father, said. “She and her youngest sister went out into the backyard with the dogs for a quick walk and about five minutes later, her sister came back in, but Selena didn’t.”

Both her mother and father indicate that there were no events either that day or in the preceding ones that would have led them to believe that she would run away. They did, however, say that she happened to be grounded from her phone that day and did not have it with her when she went out into the backyard.

“She frequented Snapchat and Instagram and … didn’t pick the best people to talk to on there,” Anne said.

“Which is why she was grounded from her phone,” Brian Cawley added.

According to the Cawleys, she also left the house with no money.

“She walked out with nothing,” Brain said.

That begs the question, at least in the immediate aftermath of her disappearance, of who could be harboring her. When she appeared on the security camera, she was wearing a completely different outfit than the one she had been wearing when she left her house that afternoon.

There were no sightings of her getting into a car the day she went missing, so there have been very few leads to where she could have gone or who she might be with, but her parents don’t believe she is safe even if she has been with someone the entire time.

“Even if someone is harboring her in some way, shape or form, I question the judgement of a person who would keep a 15-year-old runaway in their home for five weeks,” Brian said. “Probably not an outstanding person we’re talking about.”

Her parents also don’t believe that Selena had a boyfriend at the time of her disappearance, further muddying the waters to who she may be with.

Selena’s mental health is also a big concern for her parents. In the nearly six weeks she has been gone, she has been without her prescribed medication. Like many, the isolation brought on by COVID-19 seemed to have adverse effects on Selena’s health.

“She’s pretty athletic and a very talented artist. She was also recently learning how to sew and wanted to be a fashion designer,” Anne said. “But right around the time the pandemic hit, her mental health went very haywire.

Given her documented mental health issues, the Cawley’s are surprised that the authorities that are searching for her have not been faster to act in the search process.

In a statement from the Mooresville Police Department, they said that they are still actively working on this case daily, and while there has been no recent confirmed sightings, they believe that she has been frequenting the Charlotte area recently and Charlotte-Mecklenburg Police have been made aware of the situation.

The most recent news that the Cawleys have received from MPD is that her Snapchat was logged into and because they had gone in and changed the password, they believe that it was Selena that signed in because only she would have access to reset the password via email.

That sign in was two weeks ago. There has been no activity since then.

But the lack of evidence is still frustrating to the Cawleys because they feel like there was a lack of urgency on the part of investigators during the first few days that Selena was missing.

“We were told at one point, by a representative of the police department, that because she was a runaway, it wasn’t treated as seriously as an abduction,” Brian said.

“Because she had run away before, they’re assuming she’s a runaway. But no one saw her walk away,” Anne added.

The way the police have it listed also affects what they can do in regards to a reward as well. As it stands, the Cawley's are funding all of the $5,000 reward that has been listed for any information regarding Selena’s whereabouts.

But even with the reward, no one has come forward with information.

“I have found it a little concerning that the reward has been out there and it has not sparked one bit of interest,” Anne said.

“Not even a false lead,” Brain added.

But despite the lack of information, the outpouring of support the Cawley family has received from the community has been amazing, according to Anne Cawley.

“People praying for us, sending us meals … it has been just amazing,” she said.

A public group started on Facebook in the first few days after Selena went missing, “Praying for Selena Cawley,” has more than 1,000 members and most posts have more than 100 shares each.

“Social media is seeming to help except for the fact that we still don’t have Selena home,” Brian said.

As the search for Selena continues in full force, her parents wanted to make sure that they sent a message out to her, first and foremost wanting to know that she is safe.

“Anything that she is going through right now, we can fix it,” Anne said. “We just want her safe and at home.”

“She is very close to her older sister, who has been very distraught over this … she too just wants her found safe,” she added.

Anyone with information regarding Selena Cawley’s whereabouts should contact the Mooresville Police Department at 704-664-3311 or contact Anne and Brian Cawley through the “Praying for Selena Cawley” Facebook page at https://www.facebook.com/groups/1938256136327521.

Robyn Zwilinske was not concerned about her regular mammogram. In fact, she went ahead and signed to have them call her with the results, expe…

Mauney: Be prepared for return to virtual learning on moment's notice

As Mooresville Graded School District students and staff transition from virtual school to in-person learning over the next few weeks, Superin…

Actor Sam Elliott lent his voice to a Joe Biden campaign video that aired during the World Series Tuesday and became a Twitter magnet. See the ad and responses to it.

Due to COVID-19, the Mooresville Christmas parade will not be held this year.

U.S. averaging nearly 70,000 new COVID cases per day, the highest level of the pandemic so far

U.S. averaging nearly 70,000 new COVID cases per day, the highest level of the pandemic so far

Evacuating from the East Troublesome Fire in Colorado

Evacuating from the East Troublesome Fire in Colorado

Parents reveal the most difficult age to parent

Parents reveal the most difficult age to parent

This photo was the last confirmed sighting of Selena Cawley.