Watch live: the State of the Union address

Rangers in northeastern Australia were astonished when they stumbled across what may be the largest toad on record, weighing in at nearly 6 pounds.

Dubbed "Toadzilla" by the rangers, the 2.7-kilogram (5.9-pound) amphibian was found in Conway National Park in Queensland last week when park officials were conducting track work, the state's Department of Environment and Science said on social media.

In a tweet on Thursday, the department said rangers "were shocked to find a monster cane toad."

Ranger Kylee Gray said team came across the mammoth creature when she left their vehicle as they stopped to let a snake slither across the track.

"I reached down and grabbed the cane toad and couldn't believe how big and heavy it was," Gray said in a statement from the department on Friday.

"We dubbed it Toadzilla," Gray said, adding that they worked quickly to remove it from the wild because a cane toad of its size will eat "anything it can fit into its mouth."

Believed to be female, as they typically grow larger than their male counterparts, the toad was taken back to the rangers' base, where she was weighed. Rangers say Toadzilla could set a new record.

Toadzilla has since been "euthanised due to the environmental damage they cause," the department added in its tweet.

The Department of Environment and Science told CNN on Friday that she has been sent to the Queensland Museum for further analysis.

Native to South America and mainland Central America, cane toads were first introduced to Australia in 1935 as a biological control against cane beetles.

Instead, they became an invasive — and noxious — species that has "had a devastating impact on our native wildlife," the department added.

9 incredible wildlife adventures to add to your bucket list

Take a tiger safari in India

As many Netflix-watchers discovered (ahem, “Tiger King”), there are under 4,000 tigers remaining in the wild, which is fewer than those held in captivity in the United States. For a chance to spot one of the stunning creatures in the wild, the best place to do so is the Madhya Pradesh state in central India. Kanha Tiger Reserve and Bandhavgarh National Park are both located here and offer a good chance of spotting tigers, in addition to animals such as leopards, sloth bears and wild boar.

Observe tortoises and sea lions in the Galapagos Islands

Made famous from Charles Darwin’s “On the Origin of Species,” the Galapagos Islands are an archipelago in the Pacific Ocean, off the coast of Ecuador, that’s well-known for its diverse and unique wildlife population. The 19 islands are home to a number of endemic species, meaning some animals are only found there; examples include the Galapagos giant tortoise, Galapagos penguin (the only penguin species found north of the equator), marine iguana, many types of finch and Galapagos fur seal. A staggering 97% of Galapagos land area is designated a national park, allowing for the protection of the various fauna and flora. Visitors can expect to see sea lions napping on sandy beaches or even benches, while snorkelers may also spot green sea turtles, octopuses, sea horses and reef sharks. A popular way of exploring the Galapagos is on a small expedition cruise.

One of the most popular bucket-list trips is undoubtedly witnessing East Africa’s Great Migration. While there are tons of safari options throughout the world, this is an incredible opportunity to see almost two million wildebeest, along with zebras and gazelles, begin their journey north from the Serengeti in Tanzania to the Masai Mara in Kenya in search of water and better grazing grounds. The roughly 1,800-mile trek moves in a circular, clockwise route, and travelers can witness animals throughout the year, though the best chance of spotting wildebeest crossing a river is in August and September. The treacherous journey is also filled with predators such as crocodiles and lions, making for dramatic and emotional encounters. Hire a professional guide or book a tour group to ensure wildlife spotting, and we recommend investing in quality binoculars and camera gear.

If mountain gorillas are at the top of your must-see-wildlife list, the forests in Uganda and Rwanda provide a stunning setting to see the impressive animals. An endangered species, there are reportedly just over 1,000 mountain gorillas in the wild today, due to habitat loss, disease and poaching. These majestic mammals live at elevations of 8,000 to 13,000 feet, stand 4 to 5-and-a-half feet when standing and weigh up to 440 pounds.

Gorilla trekking is a physically demanding activity that requires professional guides, and fewer than 100 tracking permits are granted per day. Typically, this allows visitors to observe a family of gorillas for one hour in silence — often described as a magical, unique and once-in-a-lifetime experience.

Swim with whale sharks in Mexico

Ocean-lovers will be pleased to know that the largest known living fish, whale sharks, are safe for humans to be around. These docile sharks are filter-feeding, meaning they primarily eat plankton and small fish; they measure between 18 and 33 feet, weigh about 20 tons (40,000 pounds) and on average live to be 70 years old.

From May to September, the gentle giants can be seen in Mexico’s Caribbean Sea, largely around Holbox Island and Isla Mujeres. Guided small-group tours from these tourist spots and Cancun are available, and there are typically snorkeling opportunities next to dolphins, manta rays and turtles.

One of the best places for viewing wildlife in the United States is Yellowstone National Park, which is located primarily in northwest Wyoming. A favorite adventure spot for travelers of all ages, Yellowstone offers tons more than just its stellar geologic features such as Old Faithful, as there are early 300 species of birds, six species of reptiles and 67 species of mammals, including black bears, Canada lynx, bobcats, grizzly bears, gray wolves, bison, moose and bighorn sheep.

There are nearly 5,000 bison in the park, and visitors are nearly guaranteed to spot herds grazing in the grasslands or even walking alongside cars. The best spots for viewing wildlife in the park are Lamar Valley and Hayden Valley, and visitors can book tours with expert guides.

Alaska has a lot going for it: stunning glaciers, lush forests and ample wildlife both on and off land. Travelers looking to have an up close and personal look at whales can’t do much better than Alaska, as it’s home to multiple whale species during the summer months. Humpback, gray, killer (orca) and beluga whales are all found in waters around Alaska, particularly by Juneau and Seward, and in the Inside Passage. Visitors can opt to see them on small whale-watching boat tours and on personal sea kayaks, and it’s likely that they can be spotted from cruise ship decks. No matter your vantage point, breaching humpback whales and swimming pods of killer whales are an extraordinary sight to behold.

Dive with marine life in the Great Barrier Reef

For scuba-divers, nothing can quite compare to Australia’s Great Barrier Reef, which is one of the seven natural wonders of the world. It’s home to more than 1,600 species of fish, about 600 types of hard and soft coral, 133 species of sharks and rays, 30 species of whales and dolphins, and six of the world’s seven species of threatened marine turtles. Keep a lookout for humphead Maori wrasse, giant clams, dugong and parrotfish. The 1,430-mile, colorful reef is the only living structure visible from space. Unfortunately, the reef has been extremely affected by coral bleaching, resulting in the loss of reportedly half of its coral. Still, the Great Barrier Reef remains stunning and mesmerizing, and eco-friendly tours are available.

The largest land carnivores in the world, polar bears are a striking symbol of wildlife in the Arctic. They’re actually considered marine mammals, as they spend most of their time on sea ice, and seals make up most of their diet. To see them in the wild, head to Svalbard, Norway, a remote territory located between the mainland and the North Pole. The polar bear population here is about 3,000, which slightly outnumbers that of humans. Tours around the area usually run through June and July, when polar bears spend more time on land and there’s a higher chance of spotting them.

From the announcement of the Oscar nominees, to coverage of the tragedies that unfolded in California, here are the top national stories from …

CVS and Walgreens plan to offer the abortion pill

Top 10 reasons drivers get pulled over

Top 10 reasons drivers get pulled over

Through the horror and desperation, rare scenes of redemption in Syria and Turkey

Through the horror and desperation, rare scenes of redemption in Syria and Turkey 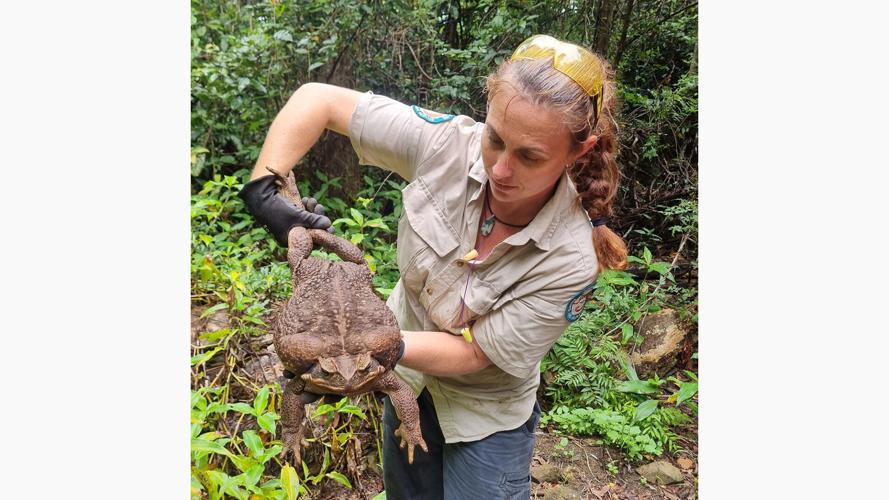 Toadzilla is expected to beat the current record for world's biggest toad. 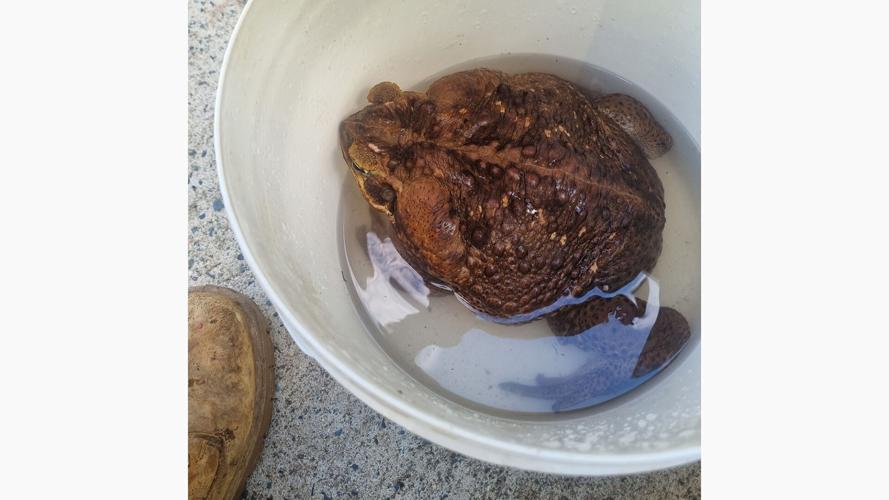 Toadzilla was placed in a bucket with water for her monumental weigh in.