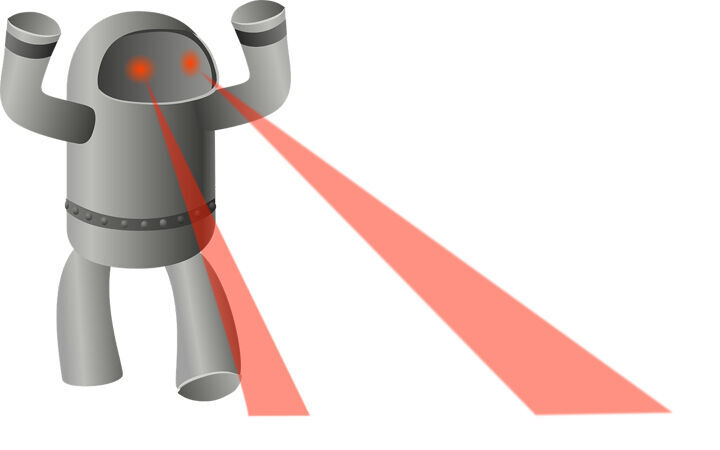 Welcome to the Robot Apocalypse.

Who would have thought the Robot Apocalypse starts with a chess match?

According to various media outlets, a chess-playing robot broke a child’s finger during an event in Russia.

The rest of us are now just pawns in the game in the deadly rise of AI.

The robot, which resembles a mechanical arm rather than a blood-thirsty C-3PO, can play multiple games at once. It had performed in three previous rounds without crushing any children before the incident occurred.

Here is an account from The Guardian, published on July 24: “Last week, according to Russian media outlets, a chess-playing robot, apparently unsettled by the quick responses of a seven-year-old boy, unceremoniously grabbed and broke his finger during a match at the Moscow Open.”

Video shows the robot making a chess move, then reaching out and pinching the would-be Bobby Fisher Jr.’s booger hook.

“‘The robot broke the child’s finger,” Sergey Lazarev, president of the Moscow Chess Federation, told the TASS news agency after the incident, adding that the machine had played many previous exhibitions without upset. “This is of course bad.’”

In the kind of gritty chess play we’ve come to expect, the youngster returned the next day with his finger in a cast and finished the tournament, then produced a flamethrower and turned his robot opponent into puddle of melted plastic and twisted metal.

Actually, the youngster did return and finish the tournament but the flamethrower ending was just wish fulfillment on my part. I’m sure the child completed the tournament, returned home, kissed his mom goodbye and shipped out to Ukraine after his conscription into the Russian Army.

Longtime readers may recall my concern about a robot uprising. A quick search revealed that, since 2013, I’ve written 16 columns with the word “robot” in them, second only to a total of 432 columns featuring the word “monkey.”

There in a state-of-the-art printing plant, wheeled machines — robots — scuttled around lifting and transporting pallets of paper, doing the work that humans used to do.

That led to my fear of robots and a column after the van ride back headlined, “Someday, a robot will take my job.”

While it hasn’t happened yet, I do believe there are more soulless cyborgs disguised as humans working in our industry so my replacement is still a real possibility.

With the first shot now fired in the Great Robot War, aka, the Robot Apocalypse, thanks to a chess-playing mechanical arm and a Russian kid too quick on the trigger, I would like to share a few tips from my years of writing about and fearing the robot takeover.

Never play chess with a robot.

Do not let a Russian child play chess with a robot. He’s safer in Ukraine.

If you are a developer of a chess-playing robot, put in a command called “do not crush children’s bones.”

If you are a soulless cyborg media mogul, don’t put a smart-aleck hick from the sticks in a van, drive him to the big city and show him what the future will be. It won’t turn out well. He might become the voice of the human resistance.

Good luck, everyone. Check and mate.

Scott Hollifield is editor of The McDowell News and a humor columnist. Contact him at rhollifield@mcdowellnews.com.

Scott Hollifield: This one goes out to Olivia Newton-John

Newton-John taught me how to dance.

Does religion make us more ethical? | The Ethical Life podcast

🎧 The hosts debate whether we are interpreting the Bible correctly, the existence of an afterlife and the effectiveness of prayer.

Co-hosted by Pulitzer-Prize winning columnist Michael Paul Williams and Kelli Lemon, After the Monuments captures the zeitgeist of a nation struggling to move from symbolic to substantive change on racial issues.

Williams: Bill Russell was a champion of basketball and social justice

"He was a gamechanger on and off the court," writes columnist Michael Paul Williams.

Williams: 5 years after the Charlottesville march, the war against white supremacy is still up in the air

America, when it comes to the sins of its history, has lacked a "never again" moment.

Scott Hollifield: How many numbers on the brain?

Welcome to the Robot Apocalypse.