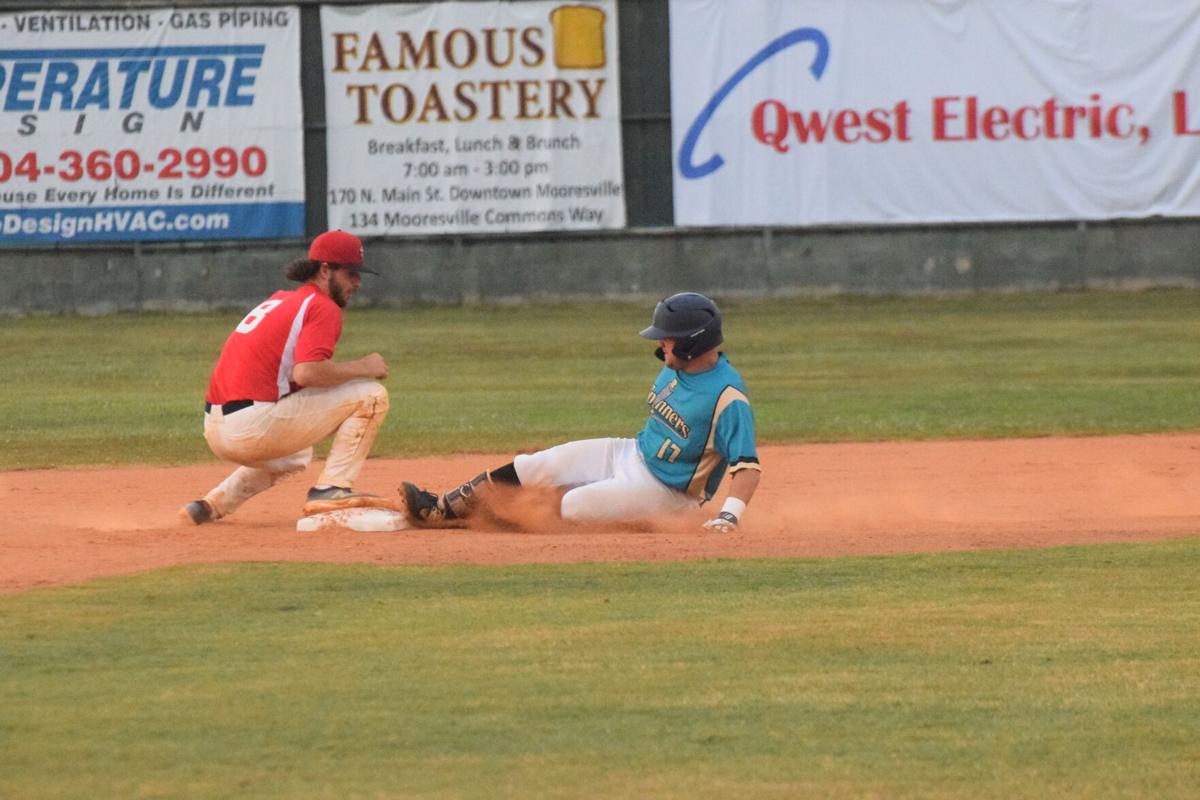 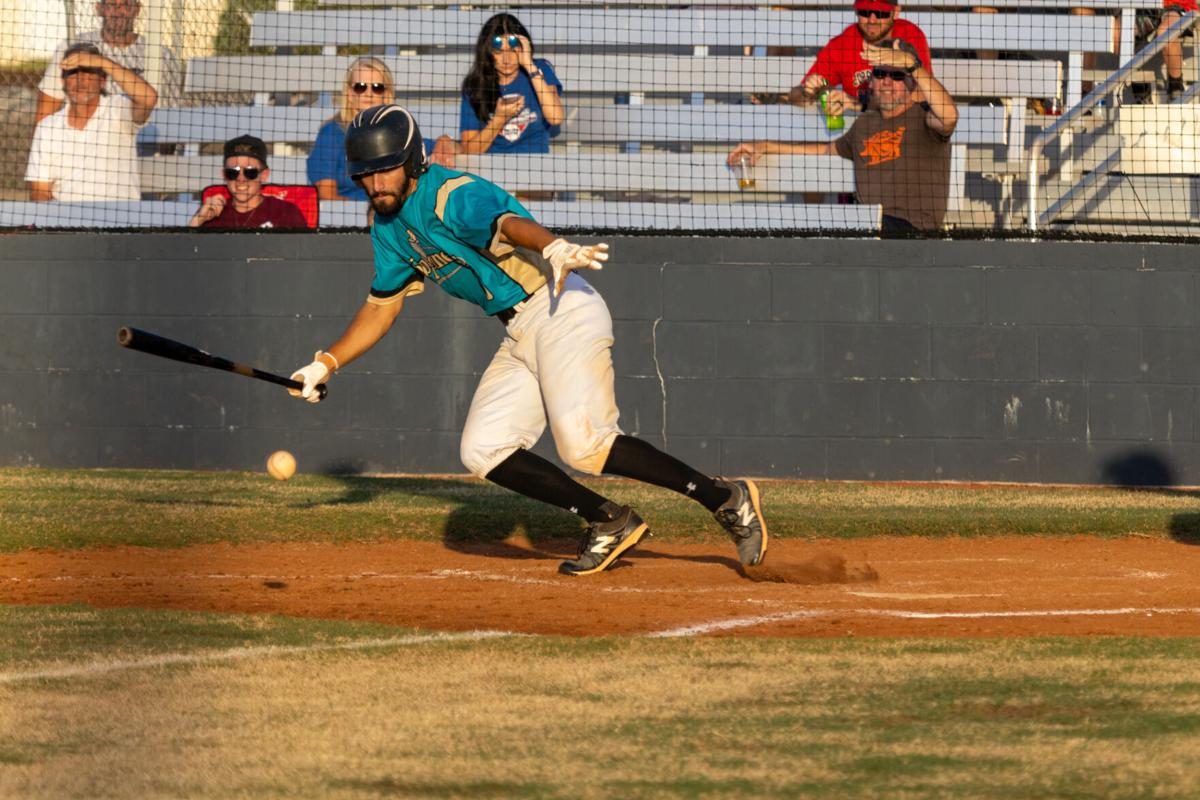 That wound up being what it was all about on the part of the Mooresville Spinners.

The seventh-season Spinners followed up an at-home and come-from-behind, 4-3 nudging past Southern Collegiate Baseball League member and second-tier residing Carolina Venom by coming up just shy of duplicating the feat when falling by a 6-3 doubling at the hands of the current second-place Piedmont Pride.

Salvaging the split in the only games able to be played as rain once again put as many as two contests on hold, Mooresville headed deeper into the next-to-the-last weekend of play owning a 12-9 mark against common SCBL counterparts that continues to also carry the most clout in an overall 15-13 record. The former account still enables Mooresville to hold down the third-place position outright in the league standings.

Trailing right out of the gate from the top of the first inning, the Spinners completed their comeback with a two-run rally in the bottom half of the eighth to seal the 4-3 decision.

Mooresville pieced together consecutive two-run uprisings capped by the effort in the eighth that served to make a winner out of relief pitcher and hometown product Jackson Reid (Mooresville, Lenoir Rhyne University), the fourth hurler used by the Spinners on the night. Starter Hunter Harritan (Huntersville, Marshall University) was joined by fellow staff members Jake Landis (Gastonia, Pfeiffer University) and Bryson Linkous (Mt. Holly, Catawba College) as those also making mound appearances. As a crew, the arms allowed the three runs – all coming in the first – on six hits while striking out six.

Also for the victors, Houston Koon (Wilkesboro, Campbell University) belted a double that allowed him to captain a duo that also included Justin Fox (Concord, Erskine University) with a single base hit each.

A pair of five-run deficits, the second in place as late as entering the top half of eighth-inning play, ultimately proved to be too much of a task to overcome as the Spinners suffered the 6-3 loss.

Pitting the two teams together for the next-to-the-last time during the course of regular-season play that combine to account for each of the last two SCBL postseason tournament titles, third-place Mooresville came up short in its attempt to close the gap in the updated league standings between the two. The outcome was also rendered in what was the second of three scheduled appearances on the part of the Spinners to the Pride’s home Truist Field in downtown Charlotte that also serves as the home of the professional Minor League Baseball member Charlotte Knights.

Behind by a 5-0 count through six full frames and facing a 6-1 difference in the eighth, Mooresville plated its final two runs in that at-bat to account for the final spread.

With the light at the end of the regular-season schedule starting to shine brighter, Mooresville headed back into action slated to follow up a home game against the area SCBL rival Lake Norman Copperheads taking place on designated Emergency Services Night by embarking on the final multi-game road trip of regulation play taking the Spinners to stops against the Carolina Athletics, Venom and Pride, respectively.