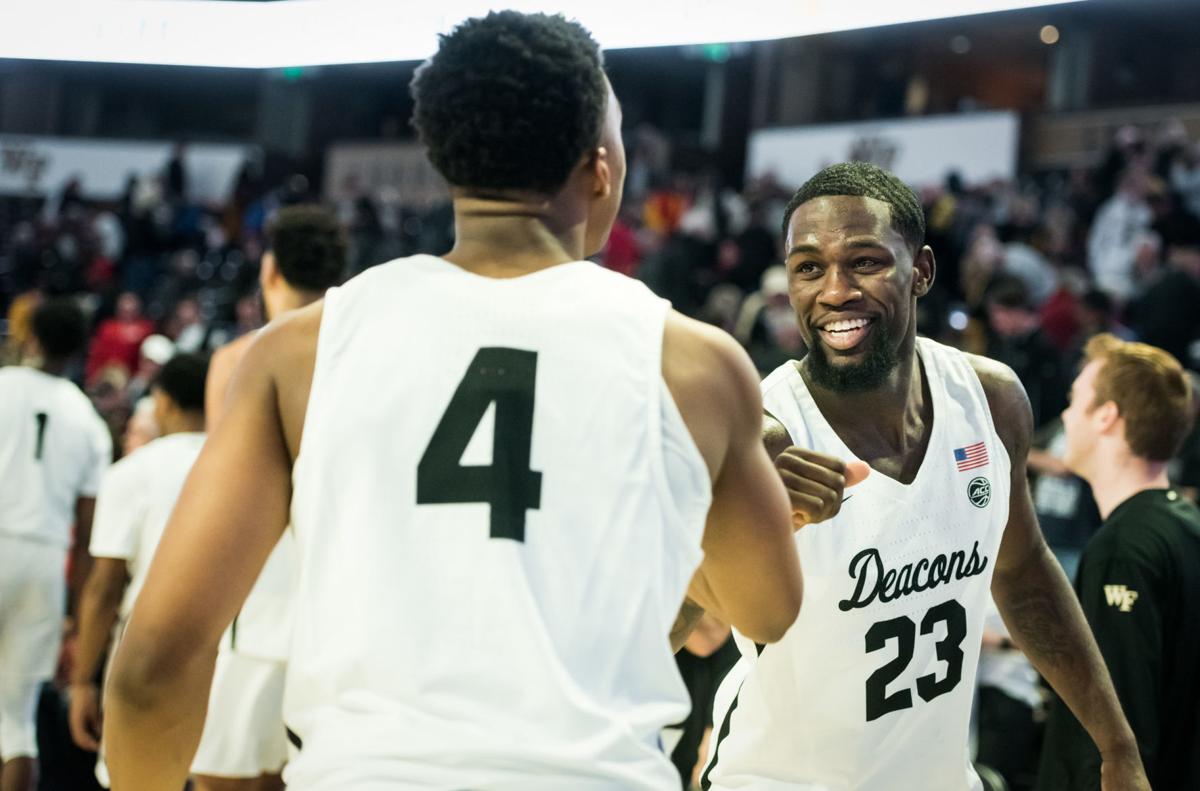 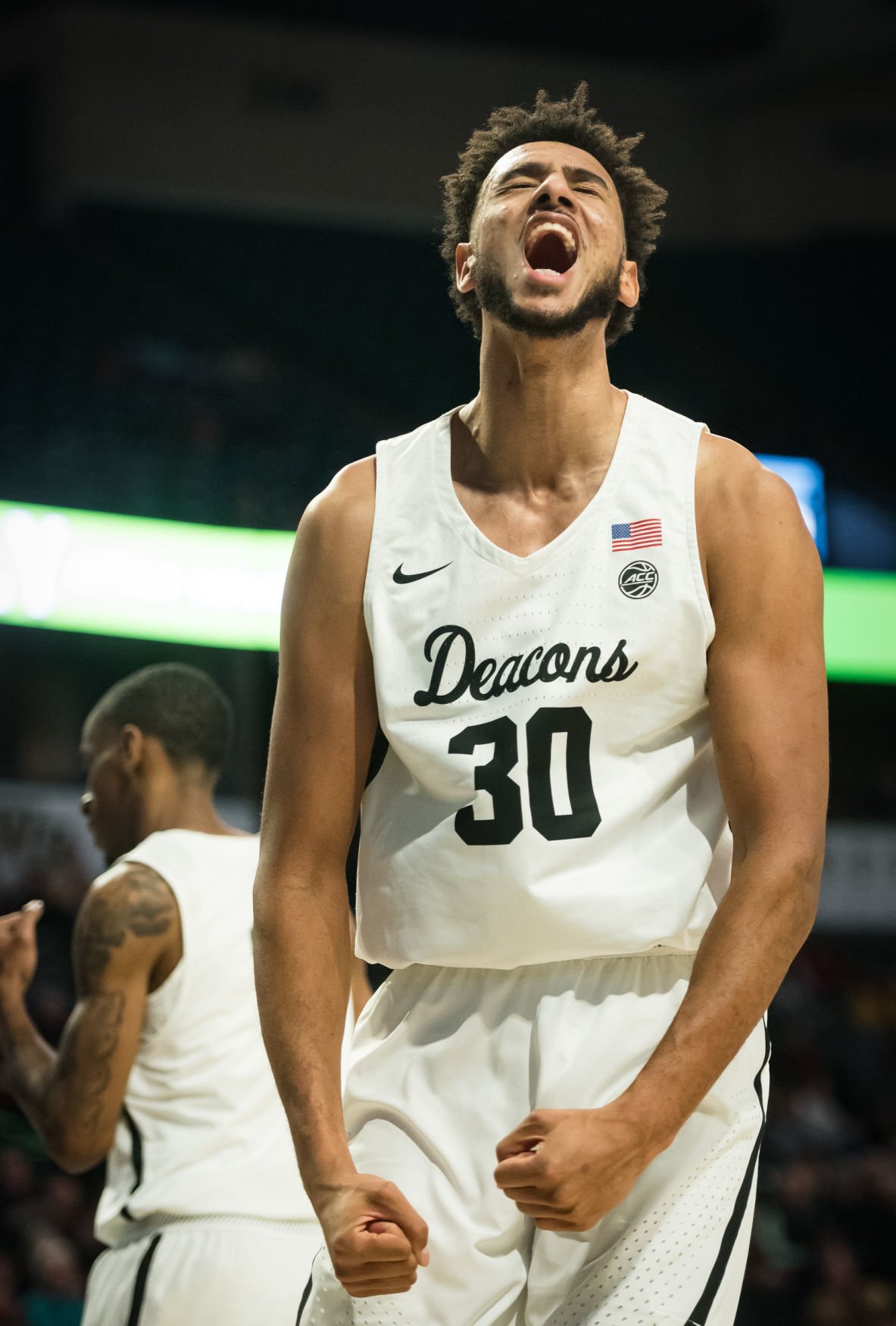 Wake Forest found itself in survival mode in its final non-conference game of the season and held on for a 76-64 win against North Carolina A&T on Saturday at Joel Coliseum.

See all the photos at the bottom of this article

The 12-point margin was only accomplished when Wake Forest (7-5) scored the game’s final 10 points.

The victory against an Aggies team that entered the game ranked 325th in KenPom (of 353 Division I teams) came on double-doubles from Chaundee Brown (25 points, 10 rebounds) and Olivier Sarr (13 and 10).

“We’ve just been getting killed in practice by the second team. I feel like the starters, well, everyone, even warmups today, we just didn’t have that juice that we normally have to come out with,” Brown said. “I knew it was going to be kind of a close one.

“No one was ready to play, and it showed in the game, even though we should’ve beat this team by 15 or 20 points.”

Brown was critical of his own effort, too, saying later he didn’t have enough energy to start the game. He wound up with his second straight game with at least 25 points — the junior guard had a career-high 26 against Xavier last week — and scored 14 of his points in the second half.

Wake Forest avoided entering a nearly week-long break — the Deacons won’t practice again until Dec. 27, with most players going home for Christmas — with the sourest of tastes in their mouths.

On Thursday, Coach Danny Manning said he and his staff would “make sure that we’re focused on A&T when they walk into the gym and in order for us to have a really good break, we need to play well against A&T.”

After survival that included watching N.C. A&T take a one-point lead three times in the second half, the mentality was different.

“Well it’s better than a loss. It’s a win. We’re not going to apologize for winning,” Manning said. “Do we have to get better? Absolutely. But at this point in time of the season, regardless of what your record is, you want to get better over the break.

“Because right now our only focus will be basketball, film, weights, guys getting in the gym, getting up extra shots because we don’t have school. This is a time that we as coaches and players look forward to. Because that’s our sole focus until school starts.”

The Deacons were coming off a win against No. 23 Xavier last weekend, and this was the last game for two weeks — the next one is Jan. 4 at Pittsburgh.

“I would say the pressure kicks in knowing that we can’t lose this game and, like (assistant) Coach (Steve) Woodberry said, they’re kind of tired, they played two games this past week,” Brown said. “We had a week off, so I feel like we should’ve had a lot more energy, but somehow we didn’t today.”

Sarr recovered from the concussion that caused him to miss last weekend’s win against Xavier with his fifth double-double of the season, and all of those have come in the last seven games he’s played.

“It was great being back on the court, especially how spaced out our games are,” Sarr said. “It was a long wait, but happy we got a win.”

Brown made two free throws on the possession after the Aggies took that lead, followed by a 3-pointer from freshman Ismael Massoud, who matched a season high with eight points. N.C. A&T tied the game on two occasions but never led in the last eight minutes.